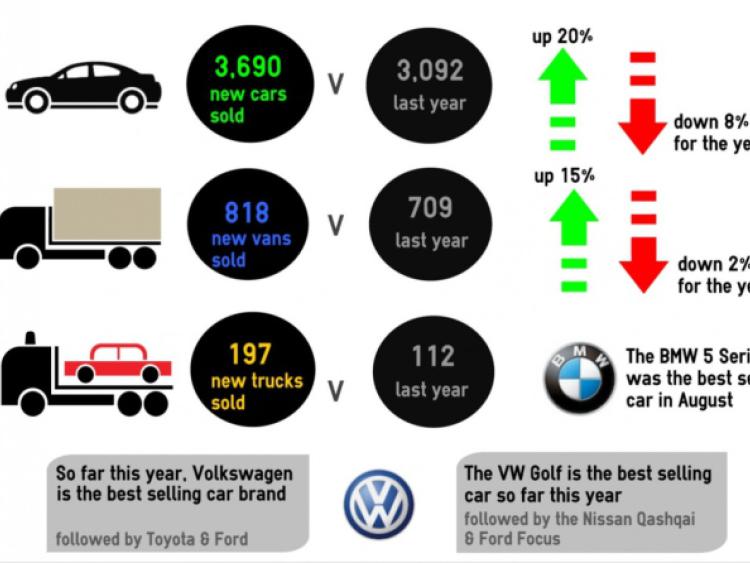 Alan Nolan, SIMI Director General commented, “With the momentum from July carrying over to August, and the introduction of the new number plate, we are pleased with the increase in sales in August. July and August accounted for 22% of new car sales so far this year, compared to just 10% for the same period last year, so the new plate is spreading sales, which was the main aim of its introduction.

“Despite the increase in the last 2 months, the year as a whole is down nearly 8%. 68,544 new cars have been sold so far this year, compared to 74,234 last year. In this context, it is important that any Budgetary measures assist retail business including the Motor Industry.

“With the Budget only 7 weeks away, we’ll be asking the Minister to construct a Budget that encourages consumer spending and we will be putting forward proposals on incentives that will help increase new car sales and their associated tax revenues.”