New Mercedes AMG is more than a hot hatch on steroids 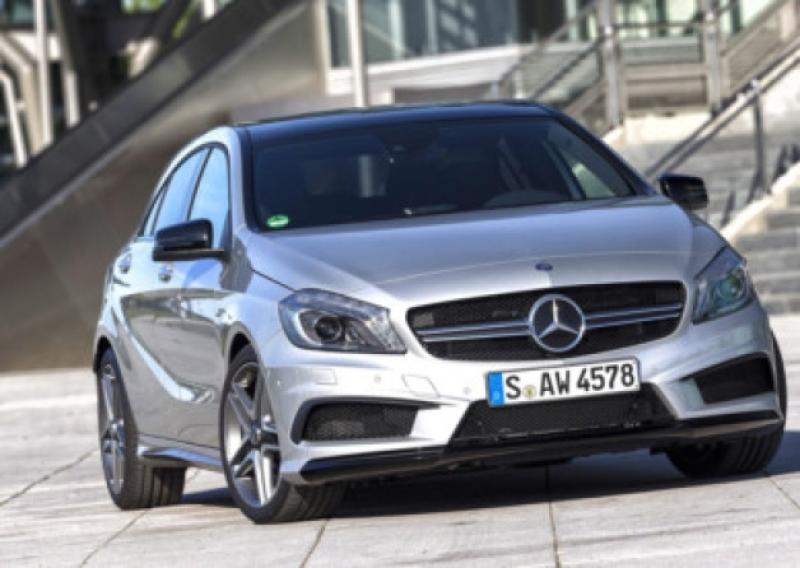 Traditional AMG models have been big, brash and brutish in their performance delivery. However, in the case of the A 45 AMG model, Mercedes has created a very hot hatch, thanks in the main to the class-busting 360 horsepower produced by its 2.0-litre four-cylinder turbo engine.

Traditional AMG models have been big, brash and brutish in their performance delivery. However, in the case of the A 45 AMG model, Mercedes has created a very hot hatch, thanks in the main to the class-busting 360 horsepower produced by its 2.0-litre four-cylinder turbo engine.

In reality it’s much more than a just hot hatch on steroids.

As is the case with every AMG car, you buy into the the culture of the hand built engine plus the numerous bespoke set-up and tuning mods over and above any conventional Sport-badged Mercedes. And being a thoroughly modern AMG car, the A 45 boasts an intelligent all-wheel drive system that directs power to where you need it most. A helpful addition when car can sprint from rest to 62mph in a blistering 4.6 seconds.

With all the engine’s power, comes control. Alongside the car’s intelligent all-wheel drive system is a three-stage ESP set-up. Aside from the default ‘On’ mode, there’s a second setting giving the driver some leeway before kicking in, with a third ‘Off’ mode promoted as a trackday setting.

Rounding off the powertrain tour is a version of Mercedes’ existing double clutch gearbox. This seven-speed DSG-style gearbox can be left in auto or switched to a more responsive Sport mode, while chunky paddleshifters behind the steering wheel give the driver complete control in manual mode.

Figure-hugging sports seats greet driver and passenger when you open the door, and from the sports-themed trim in the cabin it’s clear that Mercedes isn’t shy in promoting the A 45’s performance potential. Racy red coloured trim and lots of faux carbon fibre are the obvious give-aways.

Still, Mercedes hopes the real thrill will be from driving. The A 45’s deep exhaust note certainly suggests a good time will be had by all, yet the car is surprisingly civilised if you leave everything in its default setting. For many this will help make it an easy-to-live with all-rounder, which is not something you can say for some of the more extreme, rock-hard riding, traditional hot hatch buzz boxes.

Granted, even in ‘comfort’ mode, you do know the A 45 is a bit special. It’s also quick, and boasts a refreshingly compliant ride in the context of a firmly suspended compact hatch. That’s largely down to the value-added AMG element, which also makes its presence felt through the car’s weighty and direct steering. Still, leaving the A 45 in its default settings will mean you’ll fail to reap the benefit of its GTI-plus price tag.

Switch to the gearbox’s Sport mode and gearchanges are noticeably quicker, plus you’re accompanied by four-cylinder versions of AMG’s trademark barking, backfiring and bellowing exhaust note. The sports exhaust experience is a must, and the aural rewards are impressive considering you’re in a car with half the normal AMG-tuned cylinder count.

On a demanding A-road with a good mix of corners, elevation changes and the usual smattering of surface imperfections, the A 45 does an impressive job of remaining settled. The car’s steering delivers enough weight and feel to inspire confidence, while putting 360 horsepower down isn’t as scary as it sounds.

Despite the presence of an all-wheel drive system, in reality the A 45 bias remains largely front-driven. This, combined with the presence of a four-pot motor, is a first for AMG, yet the firm has done a good job of making the A-Class feel special. Although there’s no obvious rear-wheel drive bias at any time, power to the back wheels - up to 50% if needed - comes in smoothly to counter any slippage detected up front. Just don’t expect lairy tail-out adventures of the likes associated with a V8-powered E-Class.

The result of this feisty, compact package is a driving experience akin to a GTI on steroids when you’re pushing hard, and a brisk drive in a plush A-Class when you’re not. This is performance car motoring in an era of downsizing, although with the A 45 it’s a size, not a cost, thing. You’re still paying German sports saloon money, but the wrapper has a more youthful angle - something Mercedes is keen to exploit as it seeks to encourage more people onto the AMG ladder.

While you still have access to a wealth of safety and creature comfort equipment in true Mercedes style, the A 45 promises a more accessible and affordable route into AMG ownership. It successfully balances practicality with manic performance, allowing you to choose exactly how much of the latter you wish to experience. And after your first helping of the car’s bellowing exhaust note, you’ll definitely be back for more.