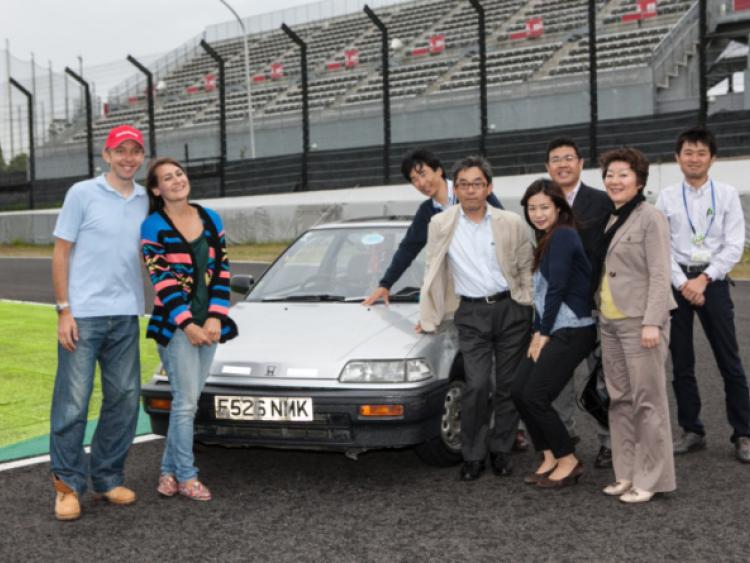 The #myjourney campaign enables people to share their journeys and document them with images or videos which are then automatically uploaded to the content hub. Journeys can be anything from driving across the USA, trekking through the Himalayas or even cycling through the countryside. No journey is too big, too small or too emotional, but if you need inspiration check out the Honda UK Twitter feed throughout the campaign.

The campaign itself was inspired by a Honda customer by the name of Jon Hancock, who with his wife Christine, traveled around the world in their 1987 Honda Civic. Jon’s journey took him from Bristol in the UK to Suzuka in Japan, the birthplace of their car. Spanning over 8 years, Jon and Christine explored the world and experienced the most diverse cultures.

Jon and Christine’s epic journey is only one example of some inspirational Honda journeys. Ed Marsh rode his Honda C90 motorcycle from Malaysia back to London, and then up through Scandinavia to the Arctic Circle. On the other side of the world, a brave crew undertook an ambitious journey battling against the oceans in a trip around the top of Australia’s northern coast, utilising Honda BF225 Marine Engines.

These journeys embody Honda’s core philosophy of “The Power of Dreams”. Jon Hancock explains “Dreams most certainly can become reality, and things that seem impossible are only impossible due to the limitations of our minds.”

Honda hopes the #myjourney campaign, inspired by Jon’s truly remarkable story, will encourage others to share and get involved too.

This innovative social PR campaign was enabled and powered by Visual Voice Technology.