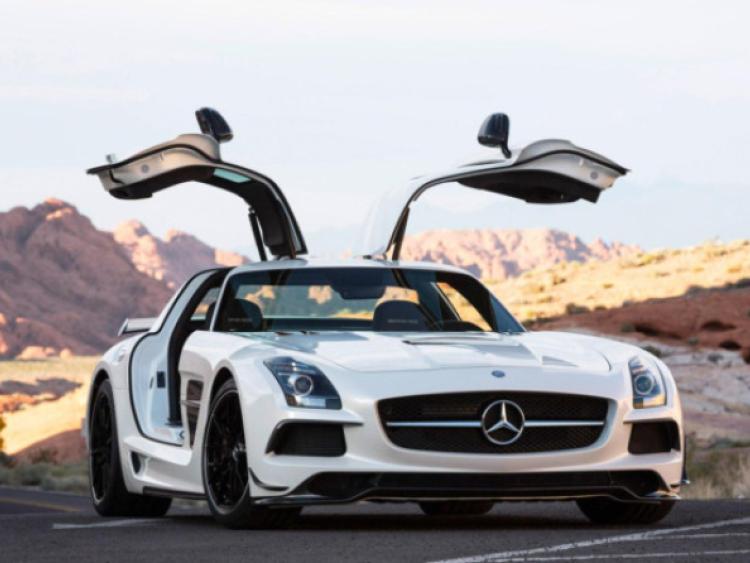 As if the standard car wasn’t enough, Mercedes-Benz has opened the order books on two new SLS models - the GT and the Black Series.

As if the standard car wasn’t enough, Mercedes-Benz has opened the order books on two new SLS models - the GT and the Black Series.

On the GT model, which comes in coupe form, power has been increased by 20bhp to give a total of 582bhp, updates to the suspension give even sharper handling, while the dual-clutch transmission has revised software for faster shifts.

Thanks to the extra power and faster shifts, the SLS GT can hit 62mph from rest in 3.7 seconds and run on to 199mph.

On the outside, discreet badges, a choice of alloy wheels and gloss black detailing mark it out as the GT version.

Even more extreme is the SLS Black Series. It has the same 6.3-litre V8 engine but uprated still further to produce 622bhp, cutting the 0-62mph time to only 3.6 seconds.

As well as additional power, the SLS Black Series is helped by a weight reduction of 70kg thanks to additional carbon fibre in the car’s structure and cabin.

The SLS Black Series has 19in front and 20in rear twin-spoke forged bi-colour alloys, a carbon fibre front splitter and flicks on the front apron, and carbon fibre rear aerofoil and diffuser with two chrome twin tailpipes.