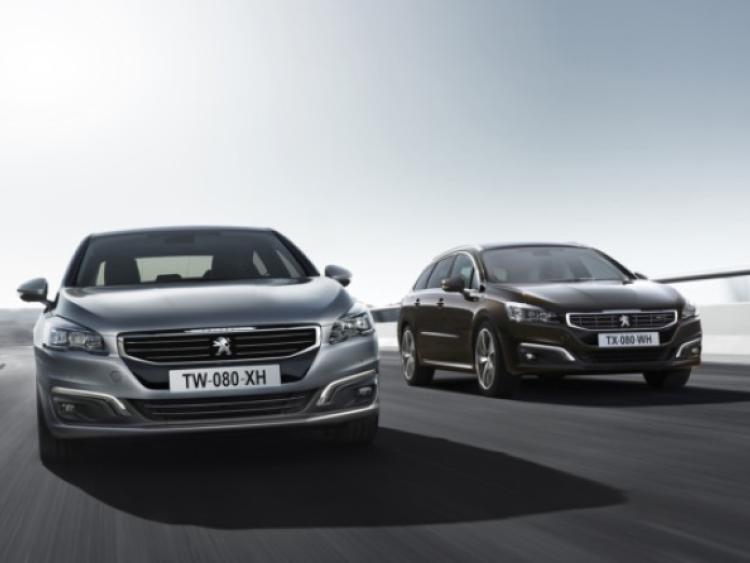 The new Peugeot 508, a clear illustration of the lion-brand’s move upmarket, will be launched in Ireland this October, following an exciting public unveiling on the Peugeot stand at the National Ploughing Championships.

The new Peugeot 508, a clear illustration of the lion-brand’s move upmarket, will be launched in Ireland this October, following an exciting public unveiling on the Peugeot stand at the National Ploughing Championships.

Building on the already elegant styling and the absolute quality of the existing models, the new 508 saloon, SW and RXH diesel hybrid models benefit from new equipment, new exterior and interior styling and the latest economical Euro 6 engines. The new 508 joins the Peugeot stable at a time when the company is enjoying its youngest ever range in its 125-year history and comes to market with a five year warranty. It will retail in Ireland from €26,750 plus dealer delivery related charges.

Presented at the 2010 Paris Motor Show, the tremendously successful Peugeot 508 started its sales career in early 2011. Available initially as a saloon or estate, a third innovative version arrived to expand the range a year later in the form of the Peugeot 508 RXH with HYbrid4 technology. A total of almost 370, 000 units have been sold since launch.

Peugeot’s designers have built on the already elegant styling of the previous 508, to produce a vehicle with even more technological prowess, character and style. The new models bear a new grille, emblematic of the marque’s future models. More vertical and more self-assured, the Lion is housed at the centre. The front grille is framed by a distinctive light signature to include 100% LED daytime running lamps, direction indicators and front fog lamps. The rear end is more structured thanks to a more distinctive rear bumper, constructed to enhance its protective function. The opalescent red 3-claw rear light signature delivers a strong identity.

The interior has changed as well. The dashboard now includes a 7 inch touch screen as standard, grouping together in an intuitive way most of the vehicles functionalities and as a result, the central panel now has fewer buttons. The centre console includes a new closed storage box, whilst an optional Head-Up instrument panel allows for great driver control and safety. The quality of materials used, the quality of the equipment and the care taken with finish immediately place the interior of the new Peugeot 508 in a top of the range world that is modern and refined.

With double wishbone, decoupled hub front suspension (on the more powerful Diesel versions) or pseudo MacPherson on other versions, and multi-link rear suspension, the new Peugeot 508 continues to offer a remarkable compromise between ride comfort and road holding.