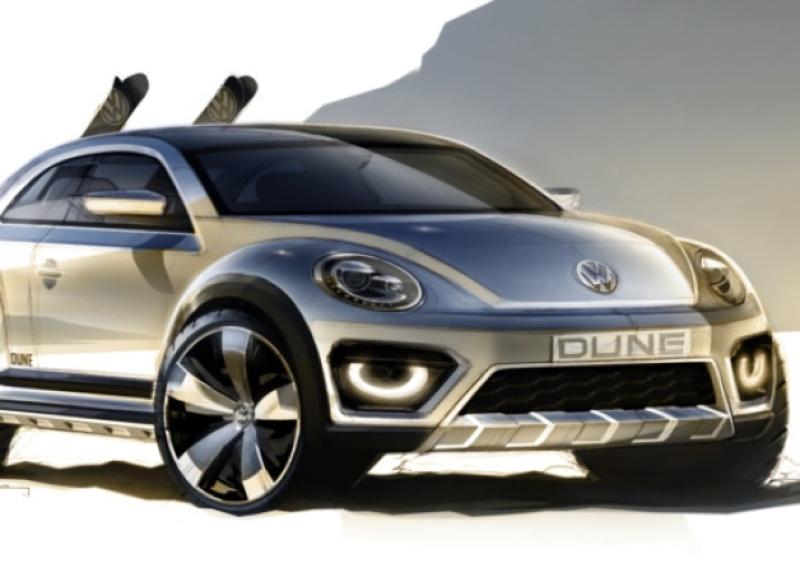 The Beetle is a phenomenon, regardless of where it shows up in the world. People are always happy to see this car.

The Beetle is a phenomenon, regardless of where it shows up in the world. People are always happy to see this car.

Whether in wintry Detroit, sunny San Francisco or venerable Boston – the streets are more colourful with the Beetle, and life is more carefree. The same happens in Europe, in pulsing Berlin and in rocking London, as well as in Asian metropolises such as exuberant Tokyo and the eternally exotic Hong Kong, and cities in the southern hemisphere such as Sydney and Cape Town. The Beetle. As a coupé and convertible. The greater the numbers of this design icon that populate the streets, the more intense is this phenomenon of likeability.

Now Volkswagen is adding a new version: with the world premiere of the Beetle Dune. It is being presented at the North American International Auto Show in Detroit (January 13 to 26). A Beetle with a wide, cool and rugged offroad look; a car outside of the mainstream. The Beetle Dune.

Concept car with near-production design. The Beetle Dune is a concept car. At least for now. But everything about this car is feasible ̶ practically a production vehicle. The car points the way to next summer in the midst of a Michigan winter. And until the sun thaws this state again, the Dune will show how even the cold season of the year has its fascinating side: winter sports. That is why designers buckled a pair of skis to the back of this Beetle, whose body was raised 50 mm. Like the legendary Beetle of days past and the air-cooled sports car from Porsche. Dune – its name, its raised body, large 19-inch tyres and all-terrain look all call out for this, just like the VW buggies conquered beaches and dunes in times past. And so, in the summer, you can go with the skis for sandboarding.

In the Beetle Dune, Volkswagen is revisiting an idea that was born in January 2000 with the New Beetle Dune presented in Los Angeles. While the concept car shown in California was more science fiction, especially in its interior and roof structure, in the Dune of 2014 Volkswagen is looking much more realistically towards a production vehicle.

In its engine technology, the Dune crosses over to the production model, as mentioned. And that is good, because this Beetle is more agile than ever before. Consider the engine: the 210 PS turbocharged petrol engine), together with a 6-speed DSG transmission, will handle the trip to either destination perfectly.

More impressive and important, however, is the awesome way in which the Volkswagen transfers its power to the road. Here, the front-wheel drive car exploits the benefits of such features as its high-class suspension layout (precise wheel location by the front MacPherson suspension and innovative four-link rear suspension). In all of the more powerful Beetle cars with turbo petrol engines – and therefore also in the Dune – the electronic XDS differential lock is standard.