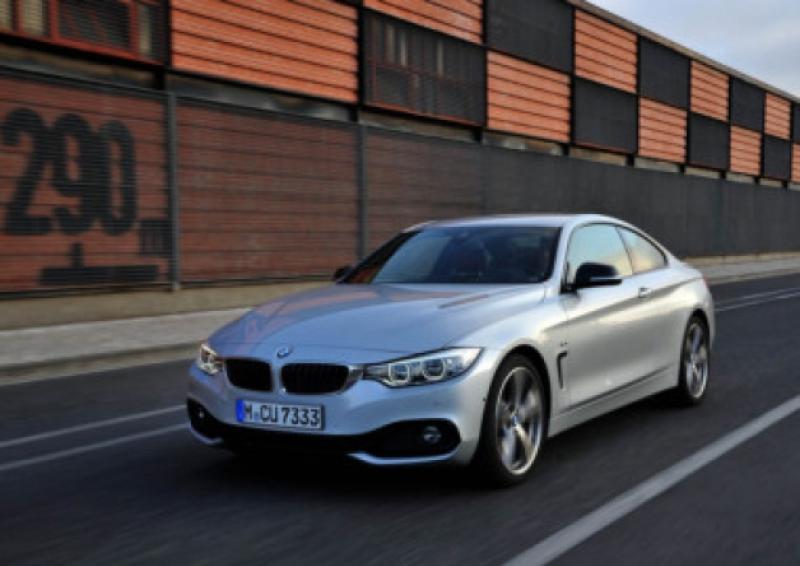 Good news normally comes in threes, but BMW would have you believe that it comes in fours too.

Good news normally comes in threes, but BMW would have you believe that it comes in fours too.

The German firm’s 3 Series is arguably its most important car; it regularly features in the list of top ten sellers in the UK, it manages that difficult feat of being popular with private buyers as well as fleets and it even manages to transform itself into a desirable sports car wearing an M badge. There’s certainly no shortage of love for the 3.

But now there’s a BMW 4 Series, although the cynics amongst you might describe this as the 3 Series Coupe. But a coupe it most certainly is, which means it will feature on a lot of wish lists - with good reason too. Aside from the obvious reduction in the number of doors, 4 Series models are marked out by a number of visual differences - only the bonnet is shared with its four-door cousin.

There are bigger headlights (with optional LEDs), a more aggressive front bumper, flared wheelarches and also ‘air breathers’ - small vents in the front wings which are primarily for improving aerodynamics but are also designed to catch the eye. There are LED lights at the rear as standard too, and with the lower ride height and wider track there is a definite increased sense of purpose about the 4 Series. On paper you might question paying more for fewer doors, but once you’ve seen it in the flesh it starts to make sense; this is one handsome beast. Skinnier-tyred versions might not look quite as slick, but a sensible person with an eye for the aesthetic will be selecting at least an 18-inch wheel from the options list.

On the inside there’s the familiar cabin layout which, in typical BMW fashion, manages to hit all the notes. The supportive seats, the crystal-clear instruments and the reassuring snap of all the buttons puts you at ease behind the wheel. It might only be a small change but the front seats are mounted 9mm lower than in the saloon, contributing to the sport feeling you expect from a car like this. In the back there’s a similar amount of room for passengers but the seats are sculpted to offer a bit more support to keep them in place as you tackle a challenging road. The lower roofline means a fraction less headroom, but only Herman Munster will find it a problem.

It’s not just visual either. Thanks to the standard lowered suspension BMW claims the 4 Series has the lowest centre of gravity of any model in its range - something that is a crucial element of good driving dynamics. And perhaps unsurprisingly it is the way the 4 Series tackles the bends that really shows it in its best light. With sizeable wheels and tyres on this 435i version there is huge amounts of grip on offer, although when pressed there is sufficient power available to play the hooligan. But the 4 Series is best savoured by being driven more smoothly, and enjoying the quick and accurate steering, excellent body control and sheer enthusiasm - it tackles bends with a genuine joy to match any enthusiastic driver.

The engine range comprises of thrifty petrols and diesels including the popular 2.0-litre diesel already seen in the 320d as well as the turbocharged 2.0-litre petrol, but here the range-topping 435i delivers a very strong 302bhp thanks to its twin-turbochargers. The super-slick eight-speed automatic transmission works superbly whether its in auto or manual mode, and with the EcoPro, Comfort, Sport and Sport+ modes governing everything from the suspension, steering, throttle response and gearshift operation the 4 Series is genuinely capable of adapting to your current needs.

There’s a rational case for saying that you can get 95% of what the 4 Series offers from its only slightly more humble four-door siblings, but that would be missing the point entirely. There’s extra style as well as presence, and that’s something that anyone who can afford it, will. With the 4 Series, there is genuine ability to back up the looks.