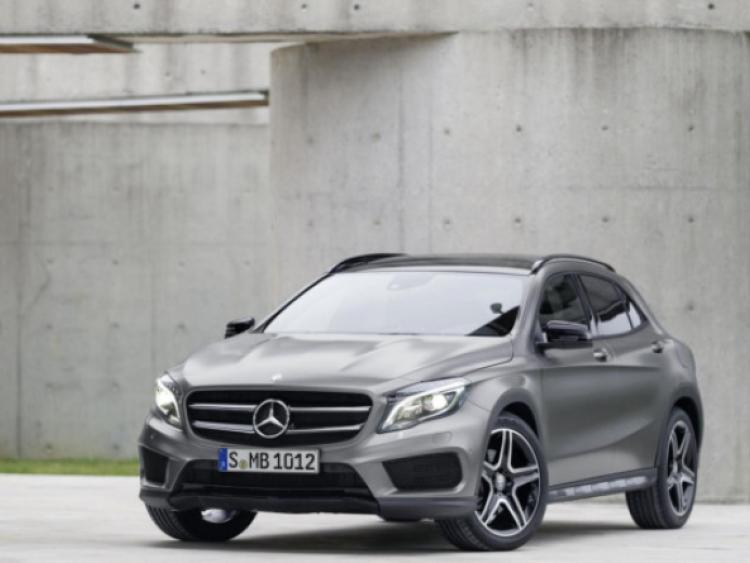 Mercedes has unveiled the brand new GLA, the company’s first challenger in the compact SUV sector.

Mercedes has unveiled the brand new GLA, the company’s first challenger in the compact SUV sector.

With two-wheel drive options and surprising efficiency, thanks in part to excellent aerodynamics, the GLA is built more obviously for the road than any prior Mercedes G-series car.

At around 4.4 metres long, 1.8 metres wide (excluding mirrors) and 1.5 metres high, the GLA has a purposeful, muscular stance that will sit well with buyers looking for a compact SUV with a little more visual impact than many of the current options.

It has the safety features to back up its looks, with an extremely complex stability control system able to counter-steer in the event of oversteer, emergency braking, hard acceleration, cross-winds and road camber.

The option of four-wheel drive refers to a new on-demand system that sends more power to the rear wheels only when needed. It’s lighter than permanent four-wheel drive systems and allows for greater efficiency at the cost of outright off-road capability; something few, if any, GLA owners will need.

Four engines will initially be available, starting with a turbocharged 1.6-litre petrol GLA 200 with 154bhp, rising through a 2.0-litre, 208bhp turbo petrol to a pair of 2.1-litre diesels with 134bhp and 168bhp.

The 2.0-litre petrol promises to be the most flexible and fastest, passing 62mph in 6.5 seconds thanks to a torque output as high as the more potent diesel’s, but over an even broader rev range.

Fuel economy hunters should seek out the 134bhp GLA 200 CDI, which according to official tests can manage 65mpg on the combined cycle in conjunction with just 114g/km, although these are provisional figures.

Final UK spec and pricing is yet to be confirmed, however, and it could be 2014 before the model arrives on these shores.