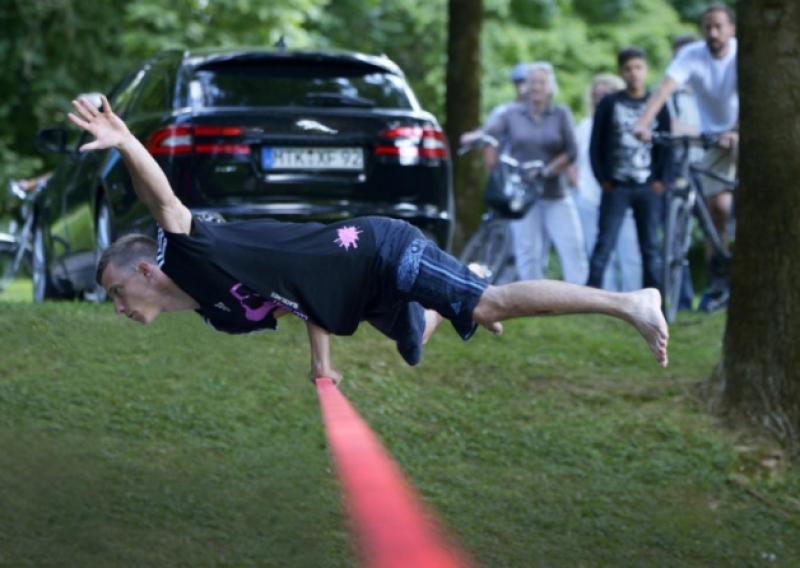 High-adrenaline sports in some of Europe’s most scenic locations are featured in a new series of Jaguar films depicting the Jaguar XF Sportbrake as the perfect car for those with an active lifestyle.

High-adrenaline sports in some of Europe’s most scenic locations are featured in a new series of Jaguar films depicting the Jaguar XF Sportbrake as the perfect car for those with an active lifestyle.

Each short movie showcases the skill, speed and daring of some of the world’s leading athletes in their chosen sport, supported by the dynamic and versatile XF Sportbrake.

The series begins this week with a vertigo-inducing introduction to slacklining, with acrobatic action in the heart of Munich where adrenalin junkies show off their skills. (Click here to see the film) http://www.youtube.com/watch?v=ckuzEzDTIL0

The series will continue with a feature filmed on the wide sands of Tarifa in southern Spain. With some of the highest winds in Europe, it’s the ideal environment for UK champion kite buggy racer Craig Sparkes to demonstrate the speed and manoeuvrability of his machine, both on the beach and in the air as it races around the XF Sportbrake.

The scene progresses to the historic canals of Venice for the third film. This film captures a race across the city between the Jaguar XF Sportbrake and local paddle boarder Leonardo Toso. After Toso unloads his board from the Sportbrake’s roof rails, the car has to take the long road route around the lagoon. Toso, however, is able to progress swiftly through the canals, passing the city’s historic sites.

The final film will feature a ride around the Isle of Man TT course with local hero Mark Cavendish, one of the world’s most successful cyclists. In each movie the XF Sportbrake will play its part in making the activity possible.