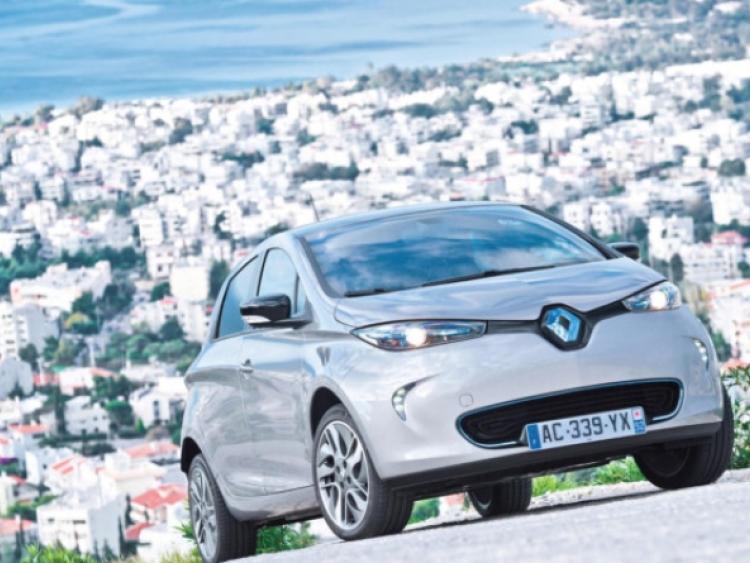 With every new electric car that’s launched, you could be forgiven for thinking that we’re getting closer to an environmentalist’s dream of carbon-free motoring.

With every new electric car that’s launched, you could be forgiven for thinking that we’re getting closer to an environmentalist’s dream of carbon-free motoring.

Of course, there’s still the dirty little secret that the electricity used to charge the cars has yet to be generated entirely from rainbows, but with each new arrival comes fewer and fewer everyday compromises.

A prime example of this is Renault’s Zoe, an electric alternative to the likes of its maker’s own Clio supermini. Cars like the Zoe herald the introduction of products designed form the outset as full electric vehicles, not modified existing cars complete with all the inherent compromises.

Of course we’ve seen most of this before in the shape of Nissan’s similarly sized Leaf, although the Japanese firm’s offering is pitched at more affluent buyers. The Zoe’s interior therefore might not be as plush as the Leaf’s, but the upside is a price tag closer to the aforementioned Clio. And if you want to generate mass-market appeal you need to focus your attention on the buyers of Clios, Fiesta and the like.

Visually the Zoe is as sensible as they come and, in truth, puts some of its engine-powered rivals to shame in the looks department. Inside, the Zoe’s light and airy cabin is a welcome attribute. Clearly influenced by the latest generation Clio, the Zoe’s main controls and displays offer a no-fuss approach to motoring.

And then there’s the driving and ownership experience, which has been the downfall of so many electric cars in recent years. Regarding the former, the Zoe drives very much like a conventional supermini with an auto gearbox. Acceleration from rest is brisk and the overall experience is a smooth one, with modest acceleration available instantly for the occasional bursts of speed when maintaining pace with rush-hour traffic. Predictably the car feels perfectly at home around town - all in all, a good effort.

The potentially thorny subject of living with, and charging, electric cars is dealt with neatly by the Zoe; the charging hardware is stored in the car’s easily accessible nose, while the charge time can be reduced to just a few hours if you opt for a domestic wall box to supplement the ability to take power from a conventional outlet.

Officially the Zoe’s range is around 130 miles, but even Renault admits the real world figure will likely be lower depending on driver behaviour and outside temperature - the latter can influence range if it’s very cold. That said, around 80 miles should be achievable even without resorting to turning off the air-con or radio. And realistically the daily commutes of buyers in the market for a Zoe are likely to be modest compared to those of a motorway-munching company car driver, removing any serious range anxiety concerns.

As far as the current crop of electric cars go, the Zoe appears to be one of the most conventional in the way it looks, drives and integrates into your life. The car’s Ford Fiesta-esque price tag is certainly attractive, although to get down to such a figure Renault has decided to separate the battery from the car in the overall financial equation.

Average mileage drivers will pay an all-inclusive monthly charge of £70 to lease the battery, with that figure rising or falling slightly if you decide to rack up greater or fewer miles respectively. Along with this worry-free charge there’s also the prospect of modest regular running and servicing costs. It’s expected that major component wear - brakes and suspension for example - will easily be less than for a conventional car, while the zero-rated road tax should please you as much as the presence of a generous government grant to take the sting out of the purchase price.

There’s little any car maker can do to hurry along the expansion of the public charging network, but making its products more appealing will go a long way to increasing the take-up of such vehicles, in turn, encouraging that expansion. That the Zoe delivers a cost-effective, easy-to-live-with and aesthetically pleasing proposition could be the shot in the arm advocates of electric motoring are looking for.