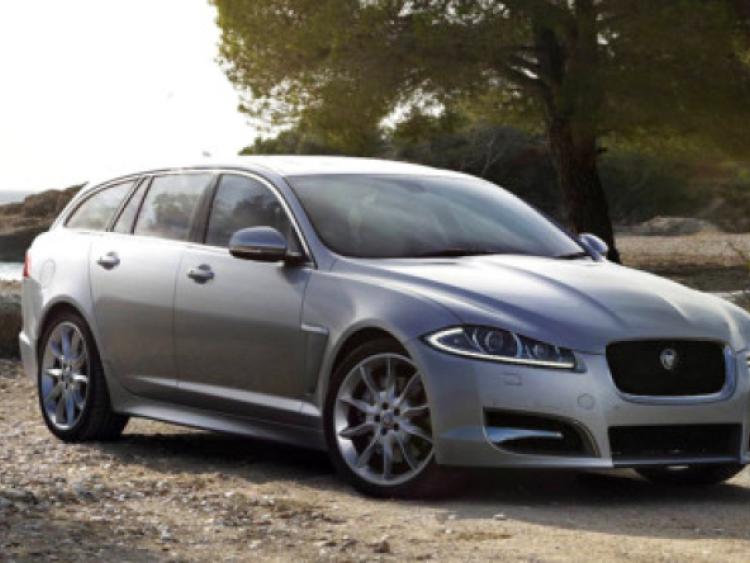 A NEW Jaguar is always an exciting proposition. After all they don’t build mainstream bread and butter models.

A NEW Jaguar is always an exciting proposition. After all they don’t build mainstream bread and butter models.

The Jaguar name has always been synonymous with luxury performance cars, and a heritage rich in motor racing history.

Now of course they have had their ups and downs, with some models such as the X-Type not doing as well as had been hoped.

The niche brand that is Jaguar has though always had a loyal following and with this new car the Jaguar XF Sportbrake hopes are high that this dynamic newcomer which embodies all the traditional Jaguar virtues will further broaden the appeal of the XF range.

Since its launch a few years ago the XF has caused quite a stir winning numerous accolades and titles across the world. The new XF Sportbrake is essentially the luxury estate version of the excellent XF saloon.

This is one gorgeous looking car with striking flowing almost coupe-like lines. From almost every angle the car looks dynamic and purposeful and if the amount of admiring glances it drew during my road test are anything to go by the new XF Sportbrake is a real head turner.

The beautiful interior manages to blend the contemporary with the traditional. Naturally there is still plenty of good old wood and leather, but Jaguar have very successfully blended that with light alloys, blue halo effect lighting and a tiny gear shift that rises electronically to greet the driver to create one of the most beautiful and interesting car interiors I have seen of late.

The air vents even rotate electronically from closed to open when you press the start button, which looks really cool!

The cabin is beautifully crafted and in my opinion is probably the very best cabin in this class beating both the Mercedes and BMW. The materials are of the highest quality and the fit and finish simply beyond reproach. Quite honestly it is of a higher quality than that of the BMW 5 Series and more than matches the E-Class. I really cannot think of a car interior in this class that makes both driver and passengers feel so cosseted in such a sumptuous luxurious environment.

Naturally there are a host of airbags, electronic driver aids such as DSC and so on.

Powered in this case by a 2.2 litre turbo diesel which produces some 163 bhp and is mated to a wonderful 8-speed sequential shift automatic, the new XF Sportbrake is a very good performer indeed. With emissions of just 139g it costs just €280.00 to tax and over my weeks test it burned just 7.3 litres per 100km.

A Jaguar should always be a rewarding car to drive and the new XF Sportbrake most certainly delivers in this area. The handling is both agile and dynamic, indeed I could go so far as to say it provides a sporting drive with razor sharp handling powerful brakes and a beautifully weighted steering that allows the driver really feel what the car is doing on the road. Driving the new XF Sportbrake is a thoroughly enjoyable experience. The car seems to have two personalities, use the paddle shifts, select sport mode and you have a large super estate that proves agile and fast over all road surfaces. Select normal and auto and you can settle back in a luxurious motorway cruiser cosseted in a beautifully crafted cabin with little or no wind, road or engine noise to spoil the tranquil environment.

Jaguars of the past have in fairness attracted an older generation of driver. The new XF Sportbrake will in my opinion attract a much younger driver who enjoys the class and quality offered by a Jaguar but also likes that modern contemporary feel. The XF Sportbrake covers both with a truly inspiring interior, a dynamic looking exterior and a price that makes some rival look positively expensive.