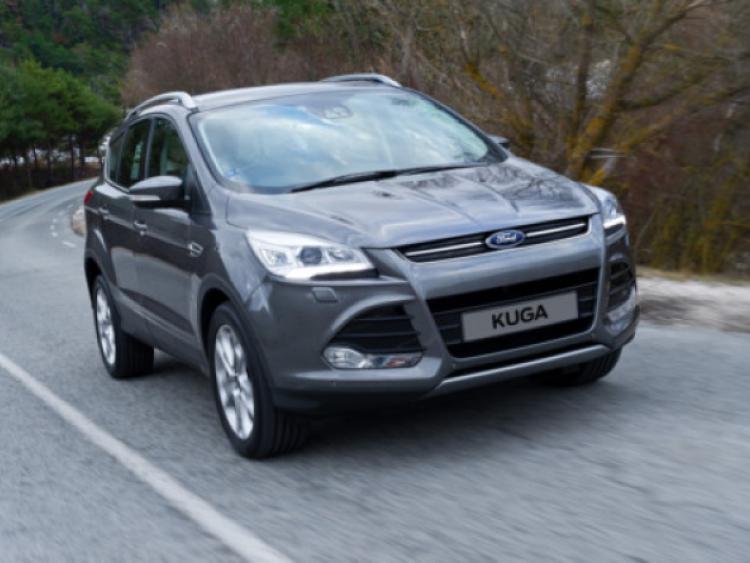 The all-new Ford Kuga which has arrived in Ireland is the most technologically advanced car that Ford has ever launched in Europe.

The all-new Ford Kuga which has arrived in Ireland is the most technologically advanced car that Ford has ever launched in Europe.

Stylish new Kuga offers space for more luggage than the previous model and a luggage compartment that can be accessed more easily. Ford’s hands-free tailgate can be opened or closed simply by a kicking motion beneath the rear bumper to either open or close the powered tailgate; and new Kuga offers 46-litres more luggage compartment-space than the current model, while the rear seats fold flat in one movement.

New Kuga was awarded a maximum five-star rating by Euro NCAP after achieving an overall protection score of 88 per cent, the highest-ever for a mid-sized SUV. The independent vehicle safety organisation awarded new Kuga an Advanced reward for Ford SYNC with Emergency Assistance. Upon detecting airbag deployment or activation of the emergency fuel shut-off within the car, Emergency Assistance uses the on-board GPS locator and Bluetooth-paired device to set up an emergency call and provide GPS co-ordinates, in the local language.

In Ireland Kuga will be offered in two series: Zetec and Titanium.