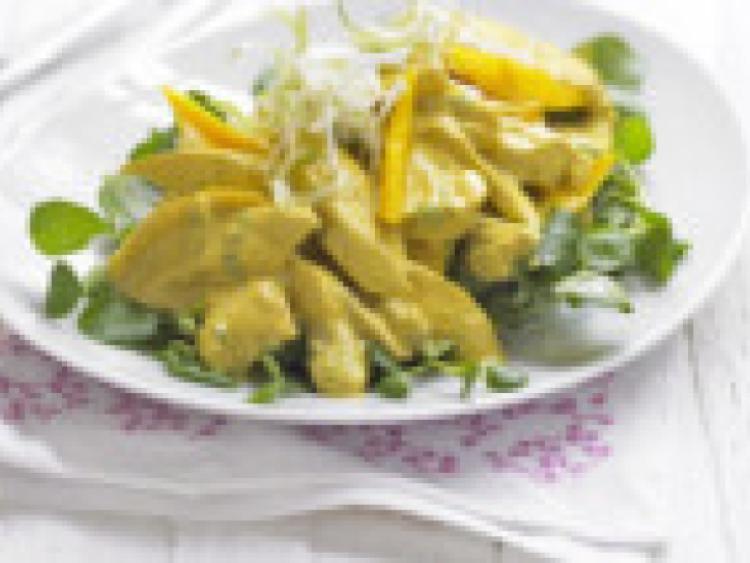 Nobody is ever again going to create something as wonderful as puff pastry or hollandaise sauce or crumble but what will happen is a crafty reorganizing of those wonderful recipes. In these receipes from 2012, Jim tells us the story of the coronation chicken.

Nobody is ever again going to create something as wonderful as puff pastry or hollandaise sauce or crumble but what will happen is a crafty reorganizing of those wonderful recipes. In these receipes from 2012, Jim tells us the story of the coronation chicken.

Last week I watched a very popular programme on television where the guest becomes head chef for the night.

A dream many people have even when the are at the height of there own profession what ever that might be.

The night in question the guest chef was a very well known architect, but when I saw him add Parma ham to something as wonderful as fillet of beef wellington he began to upset me. It was definitely a case of gilding the lily.

But it was not him who upset me the most no that came from the food critic or judges on the night.

They made comments like the crumble is leaking on to the plate and running into the ice cream.

Tell me, is there a more glorious sight than ice cream being stained with the juice from a blackberry crumble. Then one of the gentlemen said the vegetables and potatoes were very Constance Spry.

That was when I wanted to commit a murder (who killed the food critic would make a very good drama, it would run as long as the Mousetrap). Constance Spry happens to be one of my favourite great heroes.

Back in 1945 she and Rosemary Hume founded the Cordon bleu movement. Constance Spry was also a wonderful florist.

Her flower arrangements became renowned throughout the world and she was responsible for the floral arrangements at great many social and royal occasions including the Queens wedding and coronation. It was she whom we can thank for that wonderful summer dish Coronation chicken.

Constance Spry wrote twelve books on cookery and flower decoration before she died in 1960. She encouraged many of the world’s best cooks.

Watch out for the climbing rose Constance Spry when you are in the garden centre in beautiful scented big pink blooms.

This is the original recipe which was served to 300 guests at the coronation of Queen Elizabeth II in 1952.

Water and a little wine to cover

Poach the chickens, with carrot, bouquet garni, salt and peppercorns, in water and a little wine, enough to barley cover, for about 40 min or until tender.

Allow to cool in the liquid. Joint the birds. Prepare the sauce given. Mix the chicken and the sauce together, arrange on a dish, coat with extra sauce.

For the convenience in the serving on the occasion mentioned, the chicken was arranged at one end of an oblong dish, and rice salad was served at the other end.

Half wine glass of water

Salt, sugar, a touch of pepper

Juice of one lemon

Three quarters of a pint of mayonaise

Cook again for four minutes, add the tomato paste, wine, water and the bay leaf. Bring to a boil add the salt, sugar to taste, pepper and the lemon juice.

Simmer uncovered for about five minutes, strain and cool. Add to the mayonnaise along with the apricot puree to taste ( I use jam). Adjust the seasoning, adding more lemon if necessary. Finish by adding the whipped cream, coat the broken up chicken in the sauce, and serve on a nice platter sprinkle with chopped parsley