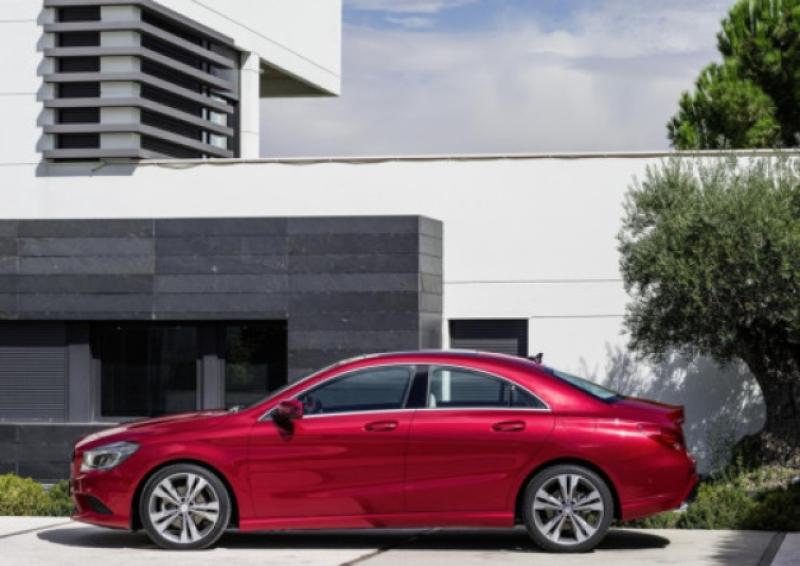 In the four-door coupe market Mercedes has form. When it was launched, the original CLS prompted much head scratching from the press and was dismissed by many as little more than a glamorous sideshow. Oh how wrong they were.

In the four-door coupe market Mercedes has form. When it was launched, the original CLS prompted much head scratching from the press and was dismissed by many as little more than a glamorous sideshow. Oh how wrong they were.

For buyers seeking E-Class levels of road presence but wanting something more eye-catching than a traditional saloon, the CLS delivered in spades and was bought in droves. So, how do you expand the appeal of something like the CLS? Simple, you build a smaller one and call it the CLA.

Seeking to cause the same disruption in the compact executive saloon market, where conventional cars like BMW’s 3 Series and Audi’s A4 reside, the CLA’s aim is to add some much need glamour and, crucially, encourage younger buyers to embrace what’s often viewed as an older person’s brand.

Key to the CLA’s appeal is that it doesn’t look like a conventional Mercedes. Displaying similar design cues as the latest generation A-Class at the front and a pleasingly shapely rear, the car’s appearance blends visual appeal with the ability to slice through the air more efficiently than your average small saloon - Mercedes has the numbers to prove it, too.

Rakish looks and the CLA’s coupe-like profile aside, the car is different mechanically from your average Mercedes C-Class in that it’s front-wheel drive. This bucking of the premium market trend continues with power coming exclusively from four-cylinder engines - petrol and diesel - including a four-wheel drive AMG version.

UK buyers initially get a choice of a 1.6-litre 122 horsepower petrol motor badged as CLA 180 and a 2.1-litre 170 horsepower CLA 220 CDI diesel unit. Launch specification is a six-speed manual transmission for the former and seven-speed direct-shift automatic for the latter. The CLA is a two trim range - Sport and AMG Sport - boasting comfort and sport suspension set-ups respectively.

The reality is a car that, despite being a fraction longer than a C-Class, feels surprisingly compact on the road. The largely A-Class influenced cabin fascia works well, especially the generously dimensioned central colour display and familiar switchgear, and there’s enough room up front for two adults to sit comfortably.

In the back it’s not quite the compromise you might first think. Granted, headroom is modest for all the obvious reasons, but there’s enough legroom for adults if the journey is short yet there’s plenty of space for a small but growing family. Space isn’t an issue in the boot - all 470 litres of it - and there’s the double bonus of folding rear seats.

Funky looks and reassuringly high levels of real-world practicality notwithstanding, the car’s also got to drive well. In front-drive guise the CLS delivers a solid performance on a wide variety of road surfaces. The difference between comfort and sport set-ups is noticeable, although it’s good to know that the latter doesn’t disgrace itself on poorly surfaced urban roads.

The lack of pitch and roll when traveling at speed plus above average levels of cabin refinement can be credited to the car’s well sorted chassis and class-leading aerodynamics respectively. And in diesel guise, a choice likely to be popular with company car drivers, the combination of low noise and ample pulling power help cement the CLA’s engaging driver-focused appeal.

For the UK Mercedes is pitching the CLA as a youthful alternative to conventional compact executive models. As such there’s a predictable sporty theme extending past the car’s model names; 18-inch wheels are the default size for both trim levels along with sports front seats and a chunky three-spoke steering wheel. The glitzy grille found on upmarket A-Class models is standard here, while over and above the audio kit and large central colour display on both cars, AMG Sport variants gain a subtle bodykit, the aforementioned sports suspension set-up, privacy glass and bi-xenon headlights.

After the success of the larger CLS it was only a matter of time before Mercedes turned its attention to the smaller, compact executive market. Despite the firm’s focus on exterior design and delivering a coupe-like four-door profile, the day-to-day compromise is minimal. Luggage space easily matches its conventional rivals and the cabin is plenty big enough. The icing on the cake is the car’s polished road manners, which do much to banish any idea that it’s a car that’s abandoned substance for style.