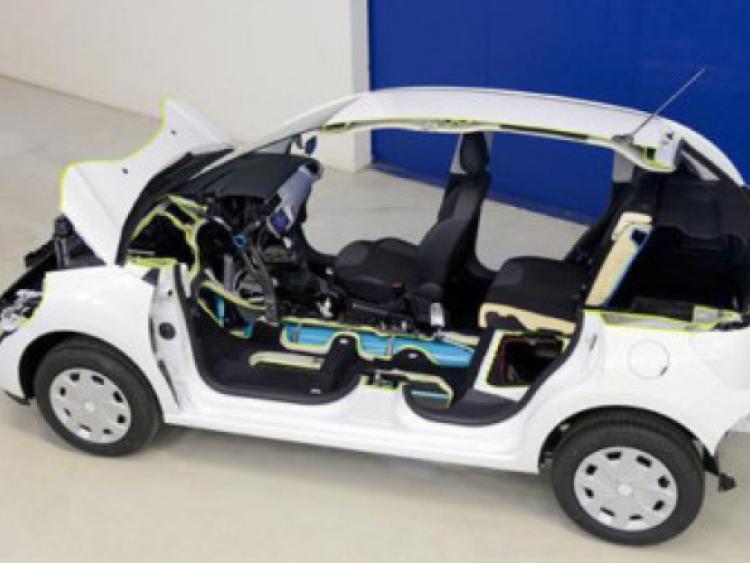 The unique and revolutionary Hybrid Air system developed by PSA Peugeot Citroën in cooperation with the Bosch® Group was presented with the Innovation Award at the 2013 Fleet World Honours.

The unique and revolutionary Hybrid Air system developed by PSA Peugeot Citroën in cooperation with the Bosch® Group was presented with the Innovation Award at the 2013 Fleet World Honours.

The Fleet World Honours are presented annually to those manufacturers, service companies and individuals who have, in the opinion of the judges, achieved the highest possible level of excellence in their sector.

The breakthrough technology impressed the Fleet World Honours judging panel, who commented; “Citroën has a long-standing reputation as a technological pioneer, and Hybrid Air is the latest in an impressive lineage of green innovations, which have debuted in its product portfolio. This simple, but effective, solution will offer substantial efficiency improvements for Citroën’s future superminis without the expense of hybrid batteries. A lot of other manufacturers will be wondering why they didn’t get there first.”

Hybrid Air is a full-hybrid solution that combines a petrol engine, compressed air and hydraulic power to deliver exceptional fuel economy in excess of 94mpg. With no additional batteries, Hybrid Air delivers a reduced environmental footprint, more affordable pricing and no impact on cabin space.

Fredéric Soulier, Managing Director of Citroën Motors Ireland said; “Hybrid Air is a ground-breaking system that could revolutionise the automotive industry as one of the most viable future powertrains in terms of efficiency and affordability. We’re delighted this innovative technology has been officially recognised with this prestigious award and Citroën looks forward to introducing the many benefits of Hybrid Air to motorists in the not too distant future.”

A Citroën C3 fitted with a Hybrid Air drivetrain was unveiled at the 83rd Geneva Motor Show in March 2013. The prototype model achieves CO2 emissions of just 69g/km and a record-breaking 97mpg fuel economy over a combined cycle.