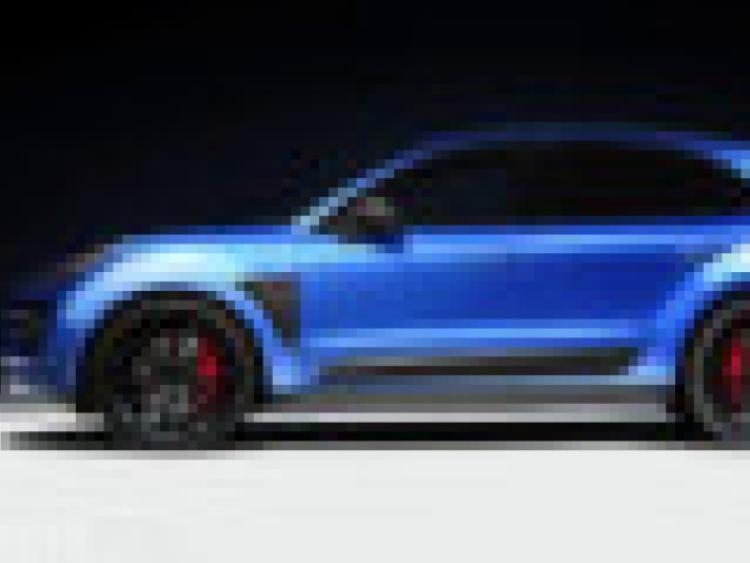 The Porsche name needs no introduction. For decades the poster on many a young boys bedroom wall was that of the legendary 911.

The Porsche name needs no introduction. For decades the poster on many a young boys bedroom wall was that of the legendary 911.

Porsche is indeed an exclusive high end brand and they are best known for their stunning sports cars such as the iconic 911, the Boxster and Cayman. However Porsche also produce a large family car the Panamera and two sports SUV’s the Cayenne and now the new smaller Macan SUV.

While the Cayenne would be seen as a rival to the likes of the Range Rover, the new Macan competes directly with the top end Audi SQ5 for example.

When Porsche were planning the Macan they clearly stated that this was going to be a vehicle that while offering all the benefits of an SUV it would drive like a sports saloon. No mean feat as generally SUV’s are not much fun to drive and certainly not sporting. So did Porsche pull off seemingly impossible? Well I think so!

The new Macan has compact but striking dimensions. It is distinctive and very much a Porsche in its styling. I really like the imposing front end with many styling themes that leave the on looker in no doubt that this SUV is indeed a Porsche.

The cabin of the new Macan is simply superb. The dashboard will be familiar to the owner of the latest model 911, beautifully crafted, with bullet proof build quality as you would expect from Porsche. The dash and sweeping centre console layout is ergonomically perfect and looks beautiful too. The detail such as the aluminium switchgear and precise stitching of the gorgeous leather sports seats makes it very obvious that this is not just a luxury premium SUV but also a vey Sports oriented one.

The driver sits into the car, you feel part of it not perched on it as I feel in many SUV’s. The level of standard equipment is very good but as always with Porsche their is an extensive and very tempting options list that will soon push the competitive asking price to wallet busting limits! I will not detail them all here because you can “build your own Porsche” to exactly your specifications with the dealer or on their website.

The new Macan will seat four adults in great comfort, and has a very decent sized load area which is accessed via the large rear electrically operated tailgate.

The doors shut with a reassuring clunk while every switch and lever moves with a well engineered precision. It so typically Porsche.

The new Macan is available with both petrol and diesel power plants. Two petrol units a 3.6 litre Turbo, producing 400bhp in the range topping Macan Turbo, and a 3.0 litre 340 bhp petrol in the Macan S. The Macan Turbo has staggering performance.

It will hit 100km from a standstill in just 4.8 seconds and crack on to a whopping 265km/h. These are true world class sports coupe figures, from an SUV!

No less impressive is the model that will the more popular choice here in Ireland the 3.0 litre turbo diesel in the Macan S diesel. With some 258 bhp from this 3.0 litre 6 cylinder diesel turbo it will hit 100km/h in just 6.3 seconds and tops out also at a mighty 265km/h.

All this power is fed to all four wheels via Porsche’s superb 7-speed PDK gearbox.

If you let the PDK box do its job it shifts seamlessly through the 7 gears almost un-noticed. The driver can change gear manually for a more sporty driving experience via the steering wheel mounted paddle shifts which further adds to the sporting driving theme.

Quite simply this is a very rapid performer, 100km in just over 6 seconds and 265km/h is very quick indeed.

So is the new Macan really an SUV that drives like a premium sports saloon?

The unique feature that sets the new Macan apart over any other SUV is its drivability. This is the first and only SUV that I have ever driven that handles like a sports saloon. The steering is precise and responsive, there is almost no body roll in corners, the brakes are mighty and the grip tenacious whether on wet or dry roads.

It corners as though on rails and displays a nimbleness normally reserved for the best sports cars. Ok its no 911 but the new Macan is truly a tremendous drivers car disguised as an SUV! I loved every Km behind the wheel. The precision and poise it displays is second to none. It proves a most rewarding and enjoyable car to drive.

The base price of the new Macan S diesel is a shade over €72,000 however with an extensive and tempting options list expect to spend closer to €80,000 to have the specification you will want.

The Porsche Macan offers everything that you would expect of a compact SUV, with two added ingredients that are unmatched. Porsche pedigree and Porsche driveability!

Put simply the new Porsche Macan is the best Sports SUV in the world!