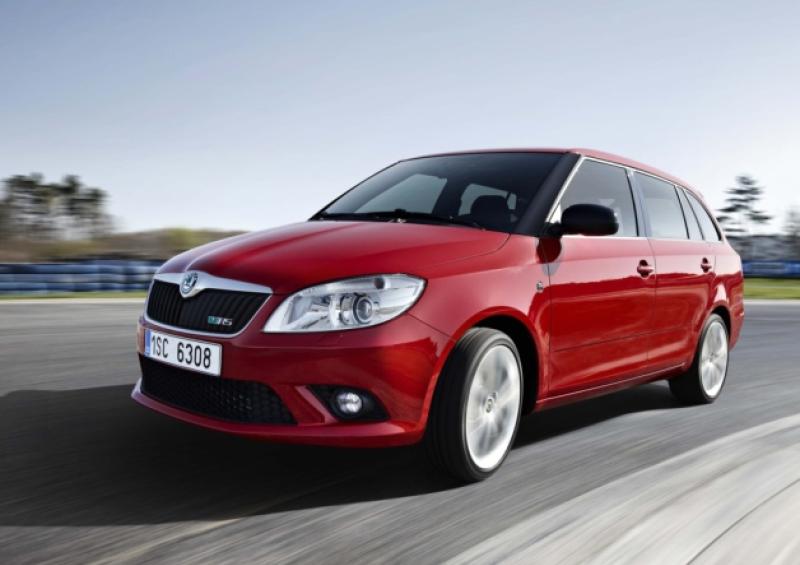 Very much an important part of the Škoda landscape in Ireland, ŠKODA has just produced the 1,500,000 th second-generation ŠKODA Fabia.

Very much an important part of the Škoda landscape in Ireland, ŠKODA has just produced the 1,500,000 th second-generation ŠKODA Fabia.

The jubilee vehicle, a Fabia 1.2 TDI, rolled off the production line last week at the main factory in Mladá Boleslav. The current generation Fabia has delighted customers on international markets since 2007. The ŠKODA Fabia celebrated its sales debut in 1999.

Having sold 3,253,817 first and second generation Fabias to date, the small car is the Czech car manufacturer’s best-selling model, after the ŠKODA Octavia with 3,984,821 sales worldwide.

“The ŠKODA Fabia has been of crucial importance to the success of the ŠKODA brand,” says ŠKODA CEO Prof. Dr. h.c. Winfried Vahland. “Producing 1.5 million vehicles since 2007 is proof of the outstanding development of the Fabia and indicates how well the customers perceive the current generation. In Europe and other international markets, the Fabia is our best-selling model after the Octavia and a cornerstone of our growth.”

Here in Ireland, more than 13,500 Fabias have reached customers and according to Raymond Leddy, Head of Marketing for ŠKODA Ireland, Irish customers have grown very fond of the Fabia which is a really popular model in the strategically important small car segment. “The Fabia has been a great performer in the Irish market and is the second in terms of sales to the Octavia. The Fabia range has broadened over the years to include the Fabia Combi Estate, the Fabia Monte Carlo, the high performance Fabia RS and now we have launched the new highly specified Fabia Exclusive model with €1,100 worth of free equipment including BlueTooth, 16” Alloy Wheel, Leather Multi-Function Steering Wheel and Rear Parking Sensors”

The ŠKODA Fabia was launched in 1999 as the brand’s third new model. 1,788,063 of the first generation were produced over a period of eight years. Production started on the second generation in 2007, firstly as a hatchback and then, in 2008, also as a Combi. An exact total of 3,253,817 ŠKODA Fabias (both generations) were delivered to customers between 1999 and August 2013. To celebrate, ŠKODA are launching the new ŠKODA Fabia Exclusive range from €15,440 for the 1.2 HTP 70bhp petrol available to order from October.

ŠKODA AUTO is one of the oldest vehicle production companies in the world. Since 1895, the Czech headquarters in Mladá Boleslav has seen the production firstly of bicycles and then, shortly afterwards motorbikes and cars.

It has been owned by Volkswagen since 1991. VW Group is one of the most successful automotive groups worldwide. ŠKODA, in association with the Group, independently manufactures and develops vehicles as well as components, engines and gear transmissions.

ŠKODA has an independent dealer network of 23, each of whom will play an important role in ŠKODA’s continued growth to achieve a stated objective of an 8% market share in Ireland by 2016.