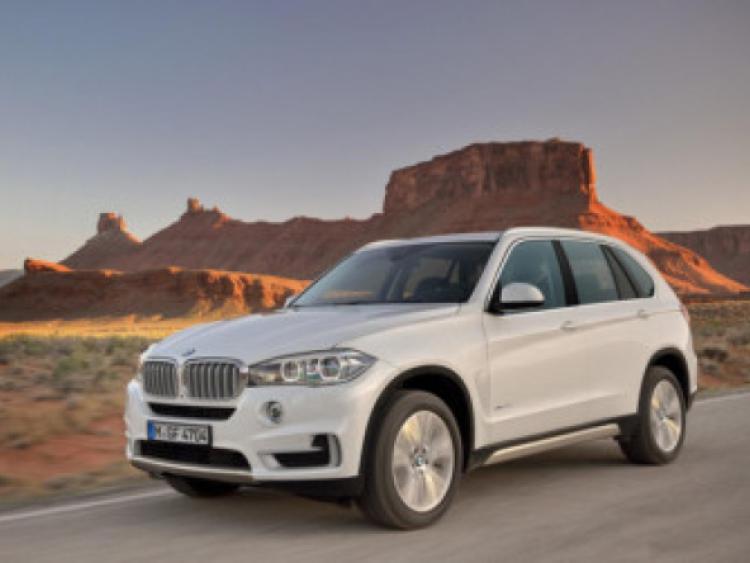 Here was a car that had the tough (but stylish) looks of a proper 4x4, and as much off-road ability as all but the hardcore could require. And yet it was comfortable, fast and handled well; chiefly because its underpinnings owed nothing to Victorian engineering.

In 2013, the landscape is totally different. All the major premium players offer luxury SUVs that put on-road comfort and handling at the top of the priority list, but also offer varying degrees of mud-plugging ability. But the X5 is back in its third iteration and faces its toughest challenge yet.

There’s no doubt that the new model follows the visual path set by the previous one; there are detail changes rather than a whole new look, but those changes have enhanced what was already a good-looking machine. There are more scoops and air intakes at the front and even down the side - the X5 is the first X model to get the ‘air breathers’ on the front wings that improve air flow around the wheels for reduced drag.

As before, the X5 looks best on bigger wheels, The M Sport trim will therefore have the most kerb appeal; with 19-inch wheels as standard plus an M Sport bodykit it has more presence than the SE model as well as a few other welcome goodies.

Don’t expect radical change on the inside either, but then BMW has made subtle evolution of the interior into something of specialist subject. The instruments are crystal-clear and understated, with a small display in the lower quarter to offer a range of information. The main display screen would put some laptops to shame, while the latest version of i-Drive is even easier than before.

And that’s before you factor in the feel-good factor that you get from the cabin. There’s leather even on the entry-level SE model, so whichever version you plump for you can expect luxury, comfort and space. The quality of the materials remains first-rate, and with such refinement from the drivetrain, comfortable seats and an impressively-smooth ride, your brows will remain distinctly unfurrowed from behind the wheel.

From launch the xDrive30d SE kicks off the range, and that six-cylinder diesel unit has been tweaked for even better results. There’s an extra 13bhp and 15lb.ft of torque which is good news all round because better efficiency pays at the pumps too; fuel consumption is reduced by 7.4mpg and emissions are down 33g/km to 45.6mpg combined and 162g/km respectively.

From behind the wheel, you’ll simply notice that the engine and gearbox are a wonderful pairing. It’s easy to forget that the six-cylinder unit is actually a diesel, as it’s impressively quiet when cruising and yet supplies a pleasing thrum when you demand acceleration. There’s plenty of it too - 0-62mph is despatched in less than seven seconds and with the super-sick eight-speed gearbox juggling ratios seamlessly, it’s easy to access the performance.

It still drives with the genuine BMW spirit too. The steering is keen and, when pressed, it corners with a level of assurance that should be beyond a car of this size and shape. But more importantly, the rest of the time the X5 is as comfortable as you could wish for. There are four different suspension options over and above the standard set up including M Sport for keener driving and even greater off-road ability, but the xDrive30d SE doesn’t feel like a poor relation.

The latest X5 isn’t radically different from the outgoing model, just improved significantly in a number of key areas. That’s the secret to its success. This is a car that can do pretty much anything and go anywhere you’d consider taking it, and provides plenty of feel-good factor into the bargain.