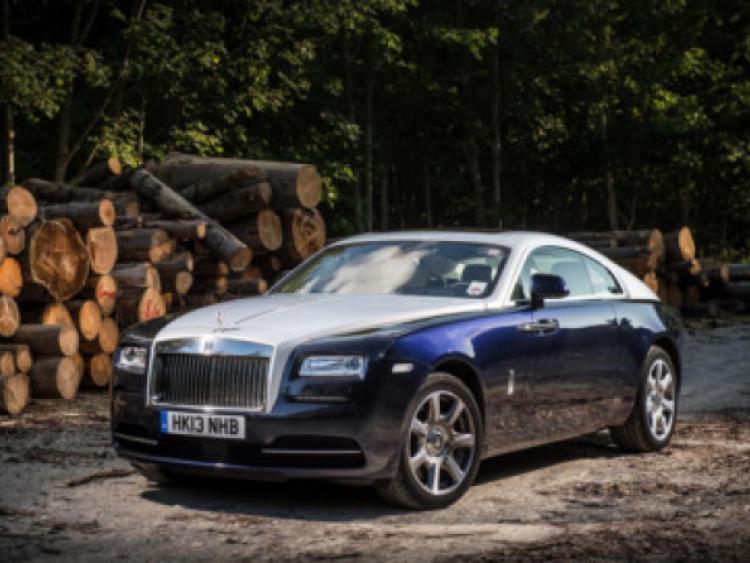 Whatever you do, don’t call Rolls-Royce’s new Wraith a two-door Ghost. The Goodwood-based maker of super luxury cars is understandably keen to stress that the differences between the two cars are more than skin deep.

Whatever you do, don’t call Rolls-Royce’s new Wraith a two-door Ghost. The Goodwood-based maker of super luxury cars is understandably keen to stress that the differences between the two cars are more than skin deep.

In a bid to attract the attention of younger, but equally well-heeled buyers as for its flagship Phantom and Ghost ranges, a two-door coupe was envisioned as the best approach. And, according to company bosses, while the Wraith’s focus remains firmly on the side of comfort and refinement, it’s also been tasked to inject a little extra excitement into the driving experience.

For all this talk of separating Ghost from Wraith, at an engineering level the latter does share much with the former. The basic platform and powertrain can indeed be traced back to the Ghost, although that’s where the similarities end.

Visually, the Wraith possesses a number of clever details to ensure it stands out in an otherwise conservative market, from the car’s subtly recessed trademark grille to the eye-catching elongated door handles.

The rounded rump also does much to flatter its not inconsiderable footprint. Although, being a Rolls-Royce, it’s always going to be wider and taller than your average luxury car, the upside is most obvious when sat in the back. The Wraith might be a two-door coupe but it’s also a genuine four-seater. The car’s oversize doors help with access and there’s no problem getting comfortable once inside.

From the two-tone exterior - fancy a sparkling blue base and silver roof? - to the near endless possibilities inside, there’s scope for buyers young and old. And then there’s the generous application of wood covering the inside of the car’s doors. If you needed any further proof that you’re comfortably in ‘no expense sparred’ territory, this is it.

There’s also a certain ‘don’t spare the horses’ approach with the Wraith’s performance. Although powered by Rolls-Royce’s familiar 6.6-litre V12 turbo petrol motor, this is the Goodwood firm’s most potent model to date, thanks in the main to the considerable 624bhp on tap. The zero to 62mph sprint is despatched in a mere 4.4 seconds, not bad for a 2.4 tonne car.

Power isn’t everything in the Wraith universe but it sure does help. When you want to waft you can do it with ease; the eight-speed auto gearbox always manages to be in the right gear at the right time. Factor in Rolls-Royce’s trademark fingertip-light steering and even the tightest of turns in a crowded city environment are a doddle.

That all this can be done without any hint of engine or tyre noise shattering the serenity of the cabin ambience is another reason why the Wraith is a cut above the mainstream - and cheaper - opposition.

But it’s that promise of brisk performance that’s likely to appeal to buyers wanting to take the helm on a regular basis. There’s no question the Wraith can shift when you’re in the mood. Thanks to light but communicative controls, its size is no barrier to enjoyment on sinuous country roads - it all boils down to driver confidence.

Ride comfort at speed keeps Rolls-Royce’s reputation intact, while its agility belies its size. Overall, the Wraith delivers on its maker’s claims that it’s a convincing continent-crosser, leaving you just as refreshed at the end of journey as when you started. However, lean on the Wraith’s ample power reserves and you uncover a more boisterous side to this luxo-coupe. Replete with bellowing exhaust and hunkered down stance, comparisons of iron fists inside velvet gloves are appropriate.

Glamorous in a way the Ghost is conservative, and driver-focused in a way unmatched elsewhere in the premium luxury market, it’s Rolls-Royce’s successful attempt at connecting with the creators of the Facebook generation.