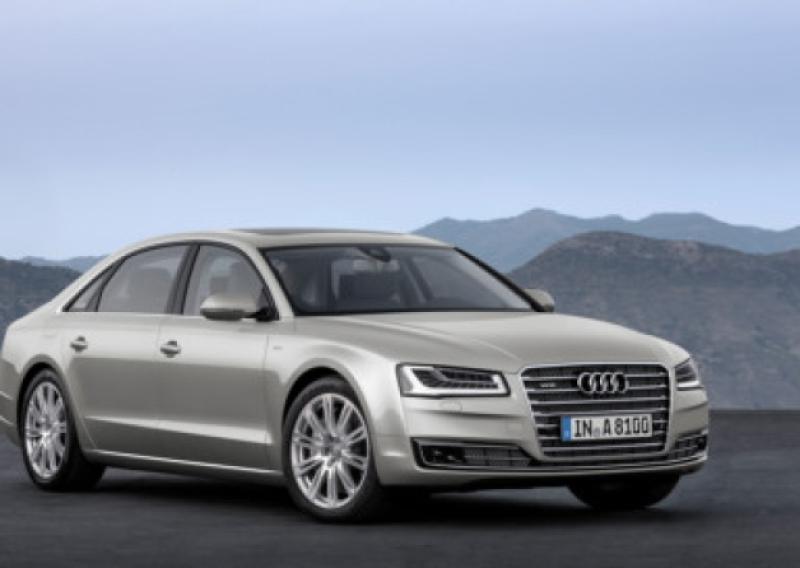 The updated Audi A8 has been revealed for the first time, with tiny changes to the exterior hiding more significant engine revisions

The updated Audi A8 has been revealed for the first time, with tiny changes to the exterior hiding more significant engine revisions

Audi says the styling has been “finessed”, which to the untrained eye means that very little at all has changed - in truth the bonnet, bumper, grille and headlight units are all now slightly different.

LED ‘MatrixBeam’ headlights will be optional, featuring a clever 25-LED design where diodes can be switched on and off individually, allowing the car to react to the positions of other vehicles to avoid dazzling people while still illuminating the road as effectively as possible.

The engine range has been revised, with several units gaining more power and fuel-efficiency. The supercharged 3.0 TFSI petrol engine moves from 286 to 306bhp and the V8 twin-turbo 4.0 TFSI increases from 414bhp to 429bhp.

The highly efficient 3.0 TDI ‘clean diesel’ increases from 246 to 254bhp and the 4.2 TDI clean diesel gains 35bhp, taking it to 380bhp. Its already mighty torque output has also been increased by 37lb.ft to a prodigious 627lb.ft.

At the top of the range the 6.3-litre W12 engine gains Cylinder-on-Demand technology, shutting down six cylinders at low engine loads to cut down on fuel use and achieve 24.1mpg on the standard European test cycle. The most efficient model is the A8 hybrid, which uses a 2.0-litre turbocharged petrol engine and an electric motor to reach heights of nearly 45mpg with impressively low CO2 emissions of 147g/km. The dimensions remain unchanged, with the A8 still available in both standard- and long-wheelbase versions measuring up to 5.27 metres long.