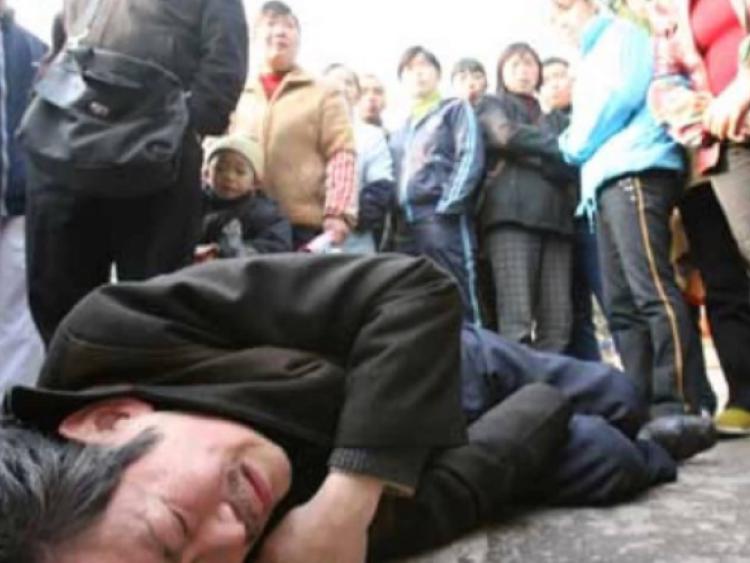 What would you do if someone was having a heart attack on a busy street?

What would you do if someone was having a heart attack on a busy street?

Last week we looked at how people are influenced by authority figures. This week I will look at how we react and do not react in particular situations. Psychology is the science of human behaviour, thought and emotions. Psychologists are often fascinated by events and how humans respond. To explore this I thought I would share another famous psychology experiment that looked at the area of bystander effect.

The bystander effect is a social psychological phenomenon that refers to circumstances in which individuals do not offer help to a victim. If you were to have a heart attack or be robbed you would be better having it in a small village and not on Grafton Street. Why, because the greater the number of bystanders, the less likely it is that any one of them will help.

In a typical experiment, the participant is either alone or among a group. An emergency situation is set up and researchers evaluate how long it takes the participants to intervene, if they intervene.

It was found that the presence of other people reduces helping, often by a large margin. For example, in an experiment where a woman showed distress, 70% of the people alone called out or went to help the woman after they believed she had fallen and was hurt, but when there were other people in the room only 40 % offered help.

The classic example of the bystander effect is the highly publicised murder of Kitty Genovese in 1964 in Queens, New York.

The attack lasted for at least a half an hour during which time Genovese screamed and pleaded for help. The murderer attacked and stabbed her, then fled the scene after attracting the attention of a neighbour. The killer returned ten minutes later and finished the assault. Newspaper reports after Genovese’s death claimed that 38 witnesses watched the stabbings and failed to intervene or even contact the police until after the attacker fled and Genovese had died.

The lack of reaction of numerous neighbours watching the scene prompted research into this area. This showed that contrary to common expectations, larger numbers of bystanders decrease the likelihood that someone will step forward and help a victim. The reasons include the fact that onlookers see that others are not helping either, that onlookers believe others will know better how to help, and that onlookers feel uncertain about helping while others are watching.

Most research has been conducted on adults however children can be bystanders too. Thornberg 2007 looked at how children assist or do not help fellow classmates in distress. Interestingly, h e identified particularly contexts that influence children’s behaviour. Children were less likely to intervene if they didn’t define themselves as friends of the victim or belonging to the same significant social category as the victim, or if there were high-status students present or involved as aggressors - conversely, lower-status children were more likely to intervene if only a few other low-status children were around

I have previously written about bullying in school and I think using the knowledge of such research would support interventions in ensuring the bystander gets more involved to reduce bullying.

Knowing what you know now what would you do if someone was having a heart attack in a crowd?

If you are organising a speaker or training for school, community, voluntary, sporting and work groups. Call Dr Eddie on 087 1302899 or visit www.dreddiemurphy.ie