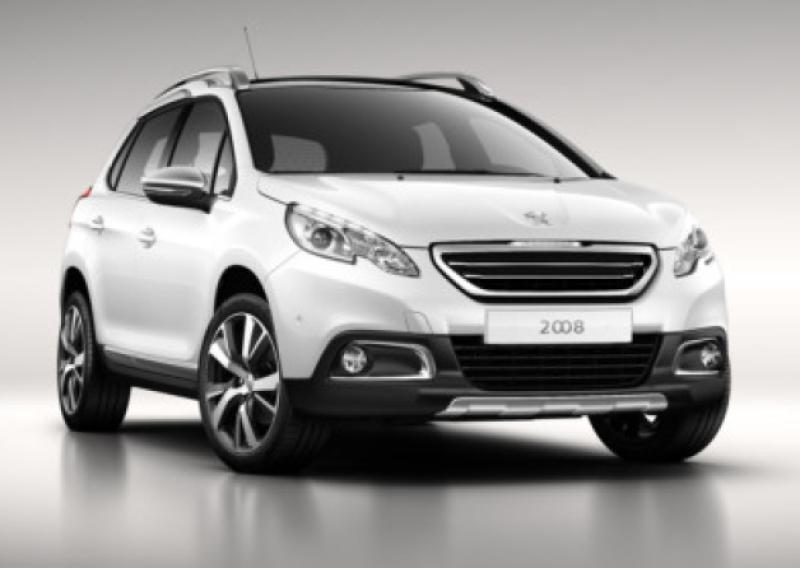 You can have it all these days. When the boundaries between one car and another were once as sharply defined as the creases in your dad’s trousers, the options were very simple; small hatchback, medium and large saloons and big estates. And funnily enough that was enough for everyone.

You can have it all these days. When the boundaries between one car and another were once as sharply defined as the creases in your dad’s trousers, the options were very simple; small hatchback, medium and large saloons and big estates. And funnily enough that was enough for everyone.

But now, it’s a very different story. If you just choose a regular hatch then you’ll be seen as some kind of dullard at the next dinner party. What you need is a crossover and Peugeot’s 2008 is the latest to join the throng, as it replaces the 207 SW - which was essentially a small estate and nothing more - and shows how the crossover is taking over the world.

The 2008 mixes various elements of exterior design from other Peugeots and a variety of sectors. Though clearly based on the 208 hatchback, the 2008 has much more in the way of presence, largely thanks to the increased dimensions; it’s 20cm longer and 9.6cm taller than a 208 hatch as well as the five door layout.

There’s more to it than that however, with the 2008 also providing a slice of ‘soft-roader’ style. The sills and the bottom edges of the bumpers are finished matt black, the alloy wheels are finished matt silver and, of course, there is the obligatory raised ride height - 25mm higher here. It’s a successful strategy too, because although the 2008 is clearly a relatively small car, it carries itself with more authority than its hatchback sibling.

There’s no four-wheel drive system churning away beneath the 2008’s chunky exterior, but it can lay claim to at least a modest off-road capability. 2008s are offered with Grip Control, the electronic system that first appeared on the 3008 and gives a number of traction modes to deal with varying conditions. Standard on Allure and Feline models, Grip Control also works hand-in-hand with mud and snow tyres to offer a traction advantage on mud, snow, sand or a mix of surfaces.

But there’s nothing to intimidate once you climb aboard the 2008. The cabin that greets you is largely carried over from the 208 hatchback, although there are trim packs that give a bit of extra sparkle including LED strip lighting, smarter seat fabrics and a panoramic glass roof. The 2008 also inherits the 208’s unusual steering wheel to instrument panel relationship - you view the dials over the top of the smaller than usual wheel rather than through it, but a bit of time behind the wheel quickly gets you used to the idea.

Under the bonnet there’s a choice of five engines but, unsurprisingly in a car like this with a practical bent, it is the diesels that offer the best compromise. The 1.6-litre e-HDi unit comes in two outputs - 92bhp and 115bhp - but the higher of the two only costs a little more money rather than a major penalty in economy. Petrol fans will want to hang on for the turbocharged three-cylinder 1.2-litre unit that is still to come.

With the diesel you get exactly what you want; a nice slug of torque from low engine revs and getting up to speed requires a brief squeeze of the accelerator rather than waiting for the upper reaches of the engine’s rev range. The six-speed gearbox fitted as standard to the diesel has a sweeter action than the five-speed too, and the extra ratio makes life that bit more relaxing. You and your passengers will be happy with the way the 2008 rides too. The increased height of the suspension doesn’t do any harm at all, allowing it to better soak up poor road surfaces but without turning it into a roly-poly come the first bend.

Perhaps most importantly of all, the 2008 offers a useful increase in space over the regular hatch. There’s 360 litres with the seats up and 1,194 with them folded, including a useful 22 litres under the floor. It’s also a cinch to fold the rear seats, with only a pressed button and a gentle push required.

The outgoing 207SW was a popular car, and the 2008 takes the basic template then adds more personality and style to it, as well as giving extra utility and the bonus of being able to cope with bad weather conditions. That should make it appeal to a wide audience, on all number of levels.