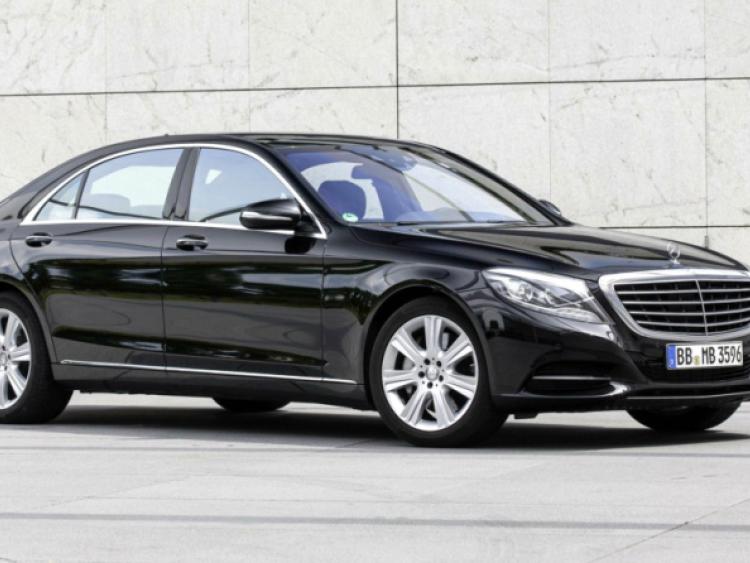 The transformation that has taken place across the Mercedes-Benz range over recent years - in terms of new model development and design, technical advancement and price competitiveness - has reached its zenith with the arrival of the new S-Class, first versions of which will sell here at prices below those of the model it replaces.

The transformation that has taken place across the Mercedes-Benz range over recent years - in terms of new model development and design, technical advancement and price competitiveness - has reached its zenith with the arrival of the new S-Class, first versions of which will sell here at prices below those of the model it replaces.

Regarded as a major step by Mercedes-Benz towards what many view as the holy grail of motoring – a car so technically advanced that it can virtually drive itself – the new S-Class exudes that sense of graciousness and luxury that one would expect from a car at the very top of its market. Classically elegant, it has a smooth, rounded appearance with a hint of restrained sportiness. Its longer bonnet and larger, more upright radiator work with a domed roof, discreet character line and gently slanting rear to give it a subtle coupé-like appearance.

Inside, space has been increased in all directions. Controls and displays include two colour screens – one to provide driver information and another to control comfort and infotainment features. Pearl-effect switches and a generous use of wood on the dashboard and centre console enhance the sense of luxury while high-end surround sound, aircraft-like navigation and Google Maps displays add to its high-tech appeal. Other features include voice-controlled telephone and audio systems with an option of having text messages and emails read aloud.

Mindful that many owners are chauffeur-driven, the new S-Class is available in standard and long-wheel versions. Driven, passengers sit in first-class splendor with a choice of rear seat variants with backrest angle adjustment and body comfort features that include air cushions, massage and seat heating and cooling functions. Fitments include a business class centre console, automatic climate control, heated armrests, cup holders that can heat and cool drinks, extra stowage and two folding tables. A world first is a system that discharges a mild air freshening perfume spray.

With its array of technical advancements, the new S-Class is being seen by Mercedes-Benz as an important crossroads on their journey towards the development of a car capable of being driven without driver intervention – a goal they predict will become a reality within the next decade. One feature that demonstrates this better perhaps than any other is Distronic Plus with Stop & Go Pilot – a personal steering and tailback assistant that operates at speeds up to 60km/h to deliver the three-fold benefit of reducing rear-end collisions, lowering fuel consumption and keeping a driver’s blood pressure under control. It works by automatically ensuring that the car follows the vehicle in front – braking, accelerating, even steering autonomously so the driver can relax in traffic jams and other slow-moving conditions.

Technically, the S-Class sets new baselines in terms of electronics and engineering that will trickle down into other models in the Mercedes-Benz range and be mimicked by rival manufacturers over time. One of the many ways in which it extends technical boundaries is seen in the fact that - some 100 years after light bulbs were introduced into motor vehicles - it is the first to fully adopt LED lighting, inside and out. Another first is technology that reduces brake light intensity, at night and at traffic lights.

Standard and optional equipment includes air suspension and adaptive damping. Distance monitoring systems, sensors and cameras that alert the driver to potential dangers, brake assist, active lane keeping, adaptive high beam assist, night view thermal imaging that flags the presence of pedestrians and animals on the road and attention assist that warns when a coffee stop is recommended all form part of the S-Class safety offering. Magic Body Control is a system that reads the road and adjusts the suspension automatically to flatten out bumps that may lie ahead. Other safety items spot the risk of a rear end collision and deploy belt tensioners to reduce injury. Rear seat safety items include inflatable belt straps and one that reduces belt slack automatically.

Despite its significantly higher level of specifications, the new S-Class is being introduced here at prices lower than those of the outgoing range – a position that their sales manager for passenger cars, Ciaran Allen says ‘echoes the trend that has been evident across the Mercedes Benz range for quite some time.’ Here, models will include two hybrid versions - one petrol and one diesel. First here is the S350 BlueTEC diesel which comes on the market at €98.255 – some 4% or €4.000 lower than the previous entry model. Others, for which prices will be announced later, are the S300 BlueTEC HYBRID whose appeal will include annual road tax of just €200; the S400 Hybrid; S500 and S500 plug-in Hybrid – the first S-Class with fuel consumption lower than 4-litres per 100kms and the first luxury car in the world to emit less than 75 grams of C02. All engines meet latest Euro-6 emissions levels, consuming up to 20 percent less fuel than the outgoing series.