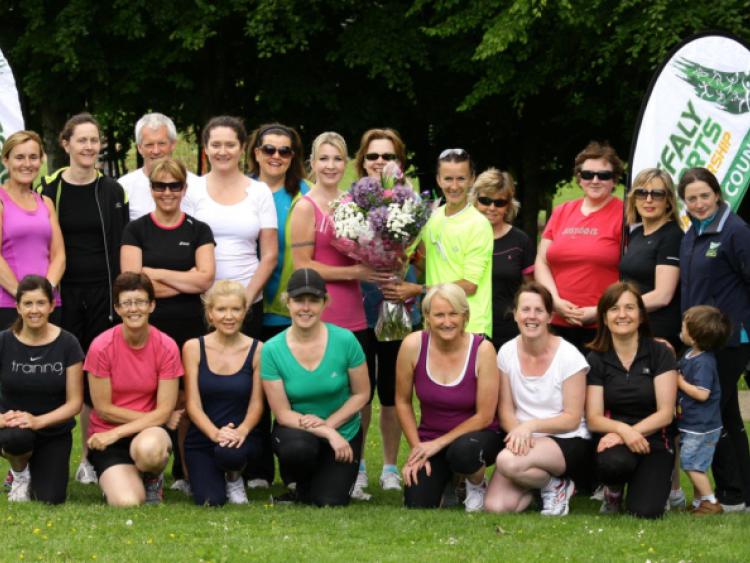 Offaly’s Olympic marathon runner, Pauline Curley continues to stay active and competitive, and can be regularly seen at road races across the country.

Offaly’s Olympic marathon runner, Pauline Curley continues to stay active and competitive, and can be regularly seen at road races across the country.

In the past six weeks alone, she won both the Kildare and Cork city marathons. She will likely compete in at least three more marathons before the end of the of the year, not to mention numerous half marathons, 10k and 5k road races.

When she’s not training for a gruelling competition schedule or holding down a day job, Pauline is now making time to encourage others to be active and take up jogging. “Last year, Offaly Sports Partnership asked me to lead a group in Daingean”, explains Pauline.

“This was a huge success and the group asked me to stay with them when the sports partnership finished the programme; they’ve even set up a new athletics club in the town”, Pauline goes on to say. Pauline further explains that there is huge satisfaction to be gained from watching people progress from not being able to run a couple of hundred yards, and not believing themselves capable of running to a situation where they can comfortably jog three or four miles continuously.

This year Pauline has been involved with four different groups. She continues to provide some training at the new athletics club in Daingean; she has been training a group in preparation for the Marion Geraghty run on the 7th July; she takes an after work training group in the Tullamore Harriers on a Wednesday and Friday evening; and has also delivered a 10 week training programme in Lloyd Town Park, Tullamore which concluded on the 19th June.

In recognition of their thanks to Pauline, and to congratulate her on her recent success at the Cork City Marathon, participants of the Lloyd Town Park group presented her with a bouquet of flowers before a jog around the park, and out and back to Charleville Castle. The Wednesday morning training group is due to recommence in the park in September. In the meantime, her next venture with Offaly Sports Partnership will commence in Edenderry towards the end of July.

For more information on recreational training groups, contact the office on 057 93 57462 or by email to sports@offalycoco.ie.