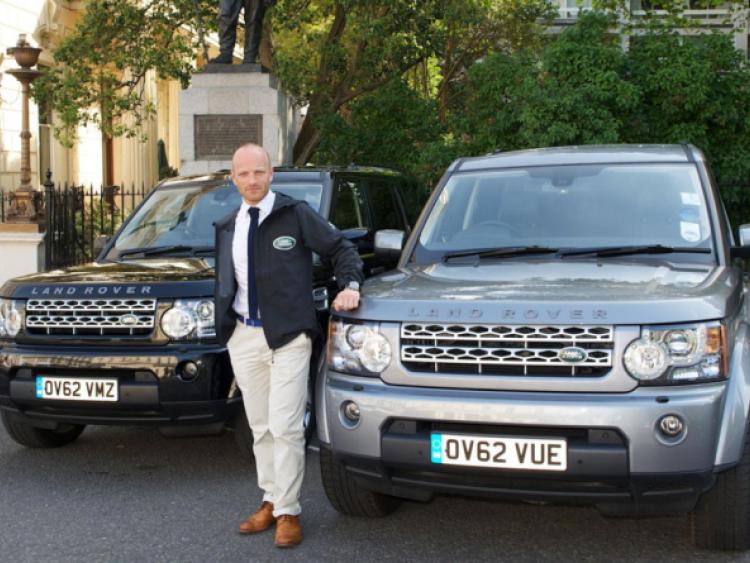 Land Rover will be a leading partner in the Scott Expedition, a mission to retrace and complete Captain Robert Falcon Scott’s ill-fated Terra Nova expedition to the South Pole.

Land Rover will be a leading partner in the Scott Expedition, a mission to retrace and complete Captain Robert Falcon Scott’s ill-fated Terra Nova expedition to the South Pole.

British explorer and Land Rover Global Brand Ambassador Ben Saunders, accompanied by professional adventurer Tarka L’Herpiniere, aims to be the first to accomplish the return polar journey, just over a century on from Scott’s heroic attempt.

The 1,800 mile trek will be the longest unsupported polar expedition yet made. Equally, it will set new benchmarks in the use of high-tech digital equipment that will enable the pair to send film, images and social media updates direct from Antarctica.

It is the latest challenge for Ben, one of Britain’s most accomplished and experienced explorers. He has been a Land Rover Global Brand Ambassador since 2008 and was supported by the company in another remarkable expedition he made that year, a bid to break the speed record for a solo ski journey to the North Pole. With the history-making Scott Expedition, he will go further to demonstrate the spirit of “Above and Beyond” that’s at the heart of the Land Rover brand. The expedition has the support of Captain Scott’s family too, with his grandson, Falcon Scott as one of its patrons.

As a 21st century explorer, Ben has much more sophisticated equipment and technology to help him reach his goal than Scott and his team could ever have imagined, from advanced clothing materials and equipment, to communications devices that can provide instant contact with the outside world and ensure precise geographic location. The world of Land Rover has changed in similar ways in the 65 years since the iconic Series I was created, with continuous advances in design and engineering and high-tech systems giving today’s models even greater off-road capabilities and on-board connectivity. At the same time, Land Rovers have retained at their heart the same essential principle of all-terrain ability that inspired the original, in the same way as Scott’s polar ambition remains central to what Ben Saunders wants to achieve.

Just as current Land Rovers benefit from advanced, lightweight materials, so too does the Scott Expedition’s “transport” – a pair of sleds on which Ben and Tarka must haul everything they need to make their journey – each sled carrying 200kg of food and equipment. The custom made sleds use carbon fibre to keep overall weight down and to withstand the rigours of extreme low temperatures and rough ice terrain.

Although Land Rover vehicles will not play a physical role in Antarctica, they are highly valued by Ben as his transport of choice for all types of occasion – with the versatility to carry all the kit he needs to the remote training areas beyond the Arctic Circle, and take him across the UK on a busy schedule of speaking engagements and personal appearances. A great supporter of the Land Rover Discovery 4 – with its reputation as the go-to vehicle for many modern explorers – he says that it is “never just a journey” in a Land Rover as the brand is so closely associated with “adventure and excitement”.

Mark Cameron, Global Brand Experience Director said: “I have huge admiration for Ben and Tarka as their expedition will demand the highest levels of physical and mental fortitude and sheer determination to succeed. The Scott Expedition is an enormous challenge that honours a heroic spirit of adventure that has endured for more than 100 years, there are very good reasons why no one in history has ever completed this epic polar expedition. We are pleased to support Ben Saunders and the expedition team in their exceptional ambition; it represents perfectly our brand’s heritage and its vision for endurance and achievement in the toughest environments.

“Ben is a true ambassador for Land Rover and the Scott Expedition promises to reinforce his status as a worthy successor to Captain Scott and the other great polar explorers in history.”

Ben Saunders said: “The Scott Expedition will be both the greatest and most meaningful challenge I’ve ever taken on. Physically it sits on the very limits of human potential and will require every inch of resilience and determination we can summon to complete it. Equally, it is an opportunity to recognise the remarkable work of Captain Scott and his men and use the benefits of modern technology to celebrate his story worldwide. Completing Scott’s Terra Nova expedition is a life-long dream of mine and I’m extraordinarily grateful for the support of Land Rover and Intel in making the Scott Expedition a reality.”