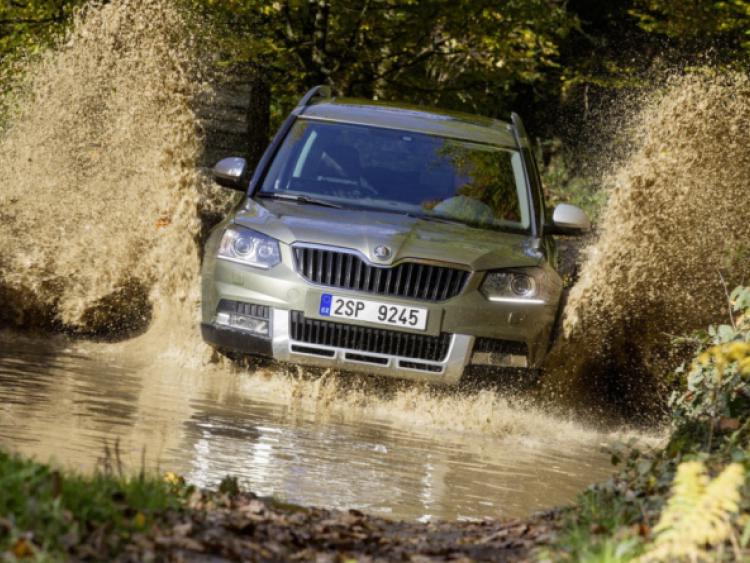 The ŠKODA Yeti has been a hugely popular model since it first appeared on the Irish market four years ago and more than 281,000 have been sold worldwide.

The ŠKODA Yeti has been a hugely popular model since it first appeared on the Irish market four years ago and more than 281,000 have been sold worldwide.

Arriving in time for the 141 plate, the 2014 Yeti features a host of new upgrades. The new Yeti has been improved to make it even more attractive, in terms of design, technology and functionality. One of the most notable changes is the addition of a new rugged version called the Outdoor. The Outdoor version includes a full length panoramic retractable sunroof as standard and new exterior aluminium design features including skirts, mirror covers, roof bars and spoilers on the front and rear that give the Yeti a more off-road style.

The ŠKODA Yeti has a hugely loyal fan-base, with many repeat customers and with this in mind, ŠKODA hasn’t strayed too far from the tried and trusted recipe which has brought the model such great success. In terms of styling the Yeti gains the new ŠKODA family ‘face’ and features a new grille, new headlights and rectangular, lower positioned front fog lamps for better visibility. At the rear there are sharpened rear LED lights and new tailgate design elements. A new pallet of paint colours and alloy wheels freshen the range further. The new Yeti also receives the latest technology advancements. It is the first ŠKODA model offered with the option of a reversing camera while the familiar Parking Assistant can now perform perpendicular parking manoeuvres in addition to parallel parking.

Being a ŠKODA smart solutions abound, the New Yeti again features the practical VarioFlex rear seat system, which allows the seats to fold flat with ease and there is the option of a double-sided boot floor covering and a removable LED lamp.

Above descriptions are previous generation Yeti

The Yeti has one of the broadest ranges of engine and specification options of any crossover vehicle with 32 variations across four specifications of petrol and diesel engines. The Yeti also offers an array of drive trains with a selection of manual and DSG Automatic transmissions that drive either the front or if one chooses all four wheels. The petrol line-up consists of the 1.2-litre TSI 105bhp petrol engine with a choice of manual or 7-speed DSG gearboxes. The diesel line-up is more extensive. The 1.6 TDI 105bhp Greenline includes CO2 reducing start-stop technology resulting in annual road tax of €200. The volume seller will be the 2.0-litre TDI 110bhp offered in both two- and four-wheel drive alternatives. For those requiring more power, there are 2.0-litre TDI, 140bhp and 170bhp engines both with four wheel drive.

Hugely significant is a new lower entry-point into the 4x4 range in the Yeti. In the previous generation model, customers had no other alternative to the more powerful and expensive 2.0-litre 170bhp TDI if they wanted a 4x4 model, now they can have 4x4 in the 2.0-litre 110- and 140bhp TDI engines, reducing the entry point to this technology by up to €3,400.