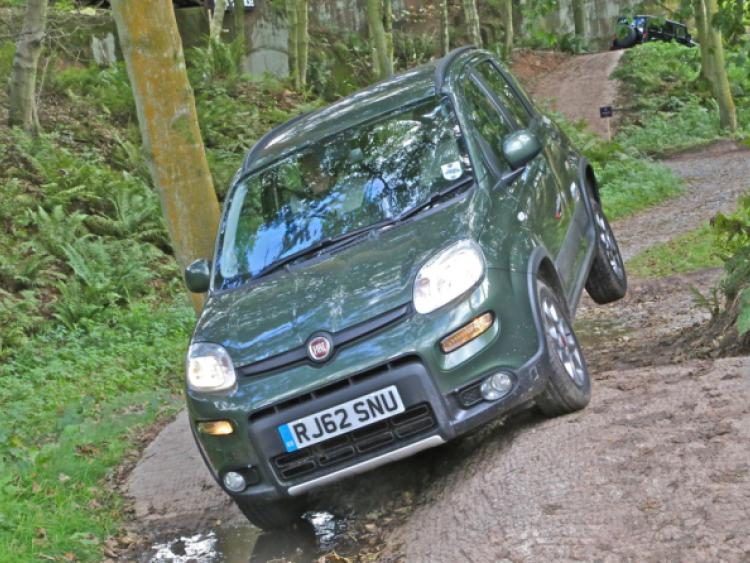 The FIAT Panda 4X4 not only saw off its direct competition during the award adjudication, conducted at a dedicated and challenging off-road course in Cheshire, it also acquitted itself admirably in the final five-vehicle shootout. In fact, so impressed were the editors of 4X4 Magazine they commented that “overall victory so nearly went to the infectiously cute, riculously capable...FIAT Panda 4X4.”

According to Nigel Fryatt, Editor of 4X4 Magazine, “One of the surprises of this year’s test was just how good the Fiat Panda 4x4 is. We used a test facility that was designed to demonstrate the abilities of far bigger - and much more expensive - vehicles. Allowing for limited ground clearance and power, we still managed to crawl the Panda over and through some significant obstacles. You needed care, and perhaps we took it further than most owners would, but that’s irrelevant. The point is that the Panda 4x4 could do it, with some style.”

Elena Bernardelli, FGA UK Marketing Director, commented: “It is remarkable that 30 years after we launched the original FIAT Panda 4X4 it remains not only a best-seller but also a favourite of the experts. That the FIAT Panda 4X4 can go toe-to-toe with so many luxury off-road vehicles proves that you don’t have to sacrifice capability or practicality in order to reduce your running costs or to do your bit for the environment.”