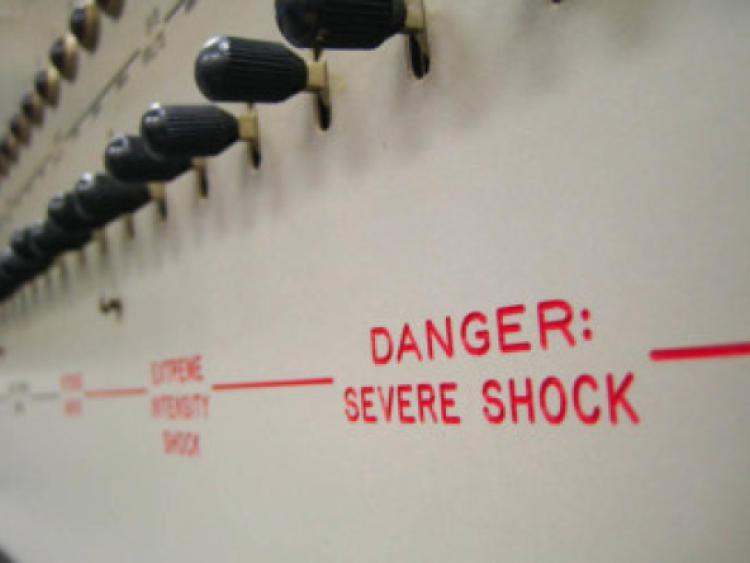 At this stage you know that I am passionate about psychology and write about many topics that are in the clinical area ; anxiety, depression, anger, trauma and topics in the positive psychology world; optimism, creativity , learning etc.

At this stage you know that I am passionate about psychology and write about many topics that are in the clinical area ; anxiety, depression, anger, trauma and topics in the positive psychology world; optimism, creativity , learning etc.

Over the next number of weeks I am going to revisit and share with you some of the classic experiments of psychology.

One such famous experiment was Stanley Milgram’s experiment measured the willingness of study participants to obey an authority figure who instructed them to perform acts that conflicted with their personal conscience. This experiment was prompted by questions arising from WWII about how people could be motivated to commit acts of such brutality. What Milgram wanted to know was how far humans will go when an authority figure orders them to hurt another human being. Milgram didn’t investigate the extreme situation of war, he wanted to see how people would react under relatively ‘ordinary’ conditions in the lab. How would people behave when told to give an electrical shock to another person? To what extent would people obey the dictates of the situation and ignore their own misgivings about what they were doing?

During the course of the experiment, each time the ‘learner’ made a mistake the participant was ordered to administer ever-increasing electrical shocks. Of course the learner kept making mistakes so the teacher (the poor participant) had to keep giving higher and higher electrical shocks, and hearing the resultant screams of pain until finally the learner went quiet.

Participants were not in fact delivering electrical shocks, the learner in the experiment was actually an actor following a rehearsed script. The learner was kept out of sight of the participants so they came to their own assumptions about the pain they were causing. They were, however, left in little doubt that towards the end of the experiment the shocks were extremely painful and the learner might well have been rendered unconscious. When the participant baulked at giving the electrical shocks, the experimenter - an authority figure dressed in a white lab coat - ordered them to continue.

Try to imagine yourself as the participant in this experiment. How far would you go giving what you thought were electrical shocks to another human being simply for a study about memory? What would you think when the learner went quiet after you apparently administered a shock labelled on the board “Danger: Severe Shock”? Honestly. How far would you go?

How can these results be explained?

Milgram explained his results by the power of the situation. This was a social psychology experiment which appeared to show, beautifully in fact, how much social situations can influence people’s behaviour. Whether you believe the experiment shows what it purports to or not, there is no doubting that Milgram’s work was some of the most influential and impressive carried out in psychology. It is also an experiment very unlikely to be repeated nowadays because of modern ethical standards.

Nevertheless I think this experiment shows the power of people in authority and I think in Irish society we have witness that this power invested in authority figures was use sadly in ways that hurt many members of our society, particularly children.