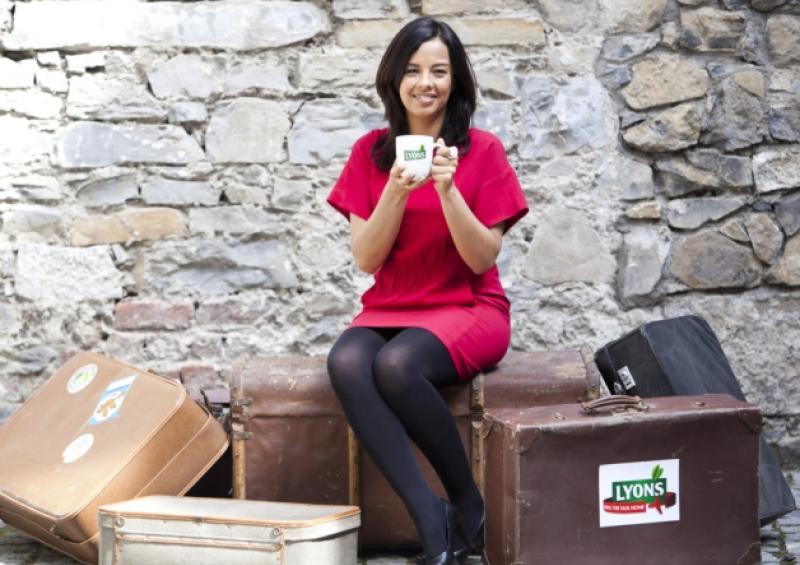 Lyons Tea unveiled some interesting research into the tastes and trends of the Irish diaspora as part of the launch of the ‘Bring The Talk Home’ campaign, giving the tea drinking population of Ireland the chance to bring loved ones home from abroad over the next year.

Lyons Tea commissioned in-depth research with Irish people who had lived abroad to find out exactly what they missed about Ireland while living abroad with some surprising results.

Although Irish people are famed for enjoying a pint in the pub, a surprisingly 69% of Irish people surveyed said they missed enjoying a cup of tea most ahead of a pint in the local pub. Tea was the most missed Irish product for Irish men abroad (54%), while Irish chocolate and crisps came in a close behind. Lyons Tea came out on top as the tea brand people yearn for most while living in other countries. While both male and female populations ranked spending time with family and friends as the most missed activity, the national pastime of cups of tea and chats came second, ahead of attending local GAA matches or watching sporting events with friends.

Speaking at the launch of the campaign in Dublin, UK based TV presenter, Liz Bonnin, was delighted to return home for the event, “At the moment I am travelling a lot for filming, so really appreciate what it is like for those away from home, missing their home comforts. There is really nothing like the cups of tea and chats with friends and family, so a campaign like this is a great way to bring loved ones home for a treat.”

Diarmaid Ferriter, author and expert on Irish emigration commented on the results of the survey, “Emigration has been central to the Irish experience for nearly 200 years and more recently with 68,000 emigrating from April 2009 to April 2011 and a further 46,500 from April 2011 to April 2012.”

“This Lyons Tea survey is a further reminder that behind all the emigration statistics over the centuries and decades, certain things remain constant and unchanging; the Irish abroad still feel a need to gravitate towards each other.”

“For all the negative headlines about alcohol abuse by the Irish abroad and the role drink played historically, this survey makes it clear that one of the oldest of Irish rituals- the drinking of tea- is of more importance to them than drinking in Irish bars. “

“It would seem that drinking tea is the activity that creates the most satisfying taste of home, generating vital bonds of sociability and interaction. The importance of the tea drinking ritual in Irish culture is clearly one that is deep rooted and longed for when abroad.”

To take part in Lyons Tea ‘Bring The Talk Home’, consumers simply pick up a special promotional Lyons Tea pack and enter the ‘Bring The Talk Home’ competition via Lyons Facebook (www.Facebook.com/lyons.ireland) or post. Lyons Tea will give 8 people a month the chance to fly a friend or family member home from abroad. They will be giving away flights every month for the next year.

Speaking about the competition Liz Finlay, Lyons Tea Brand Manager said, “We at Lyons recognised that tea is a great catalyst for conversation and are delighted to see that the Irish tradition of cups of tea and chats is one that the Irish diaspora clearly miss. To find out that Lyons Tea is the brand of tea that people away from home miss the most is a great compliment to the Lyons Tea brand. These days, with more and more Irish people living abroad, we want to give people the chance to reconnect with those who they may not have seen in a while and the new ‘Bring The Talk Home’ campaign will see 8 people return each month for that special chat with friends and family. There is one unique code on all Lyons Tea promotional packs. The code on the 40 packs will allow one entry into the competition, the code on the 80 pack allowing 2 entries and the 160 pack allowing 4 entries so people can enter as many times as they wish to bring their loved ones home.”

For further information on the Lyons Tea ‘Bring The Talk Home’ campaign visit www.lyonstea.ie or www.Facebook.com/lyons.ireland