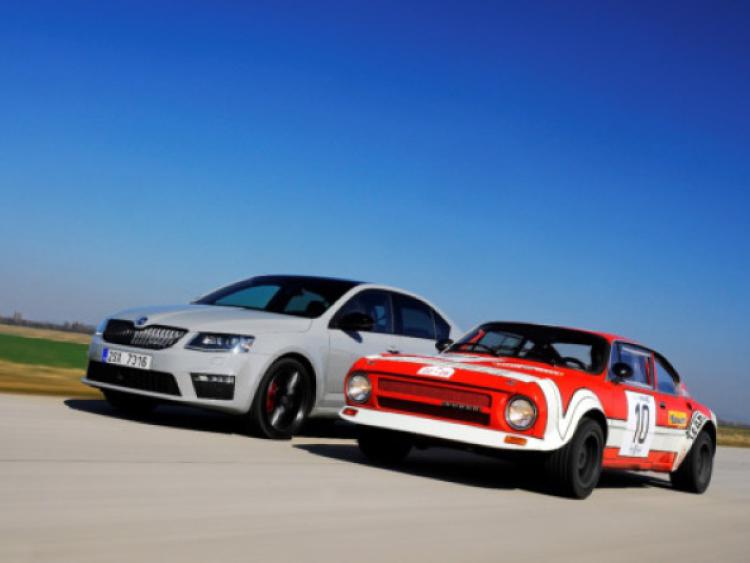 RS – ŠKODA aficionados associate these initials which, according to ŠKODA historians, stand for Rally Sport.

RS – ŠKODA aficionados associate these initials which, according to ŠKODA historians, stand for Rally Sport.

The ŠKODA RS story began in 1974 with the ŠKODA 180 RS and ŠKODA 200 RS racing cars. The legendary ŠKODA 130 RS in the 1970s and 1980s was one of the most successful sports cars of its time. The Czech car makers launched the ŠKODA Octavia RS as the first RS model of the new era in 2000. Then came the ŠKODA Fabia RS in 2003. The new ŠKODA Octavia RS has been the current star of the ŠKODA RS racers for the past year – it is the fastest and most powerful Octavia of all time.

Here in Ireland, the RS has developed something of a cult following, especially across the three generations of Octavia RS, reaching a peak in 2007 when it accounted for 8% of Octavia sales. “The Octavia RS has been one of the vehicles that has helped put the ŠKODA brand where it is today,” said ŠKODA Head of Marketing Raymond Leddy.

“From the very first RS back in 2001 it was very unique in that it provided power, efficiency and practicality at a very affordable price. This exclusivity spread into the MKII Octavia with the introduction of a high performance Diesel. Delivering 170bhp from a 2.0 TDI unit, the Octavia RS was one of the first cars in its segment to produce a diesel car exceeding 150bhp! To this day the Octavia RS is out on its own with what I call the best practicality to power ratio of any car on the market”