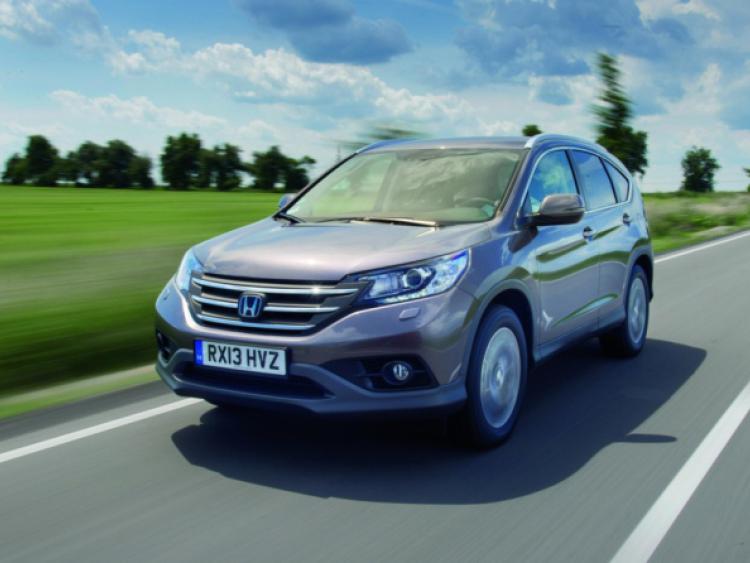 Over all the years Honda have been rock solid, a conservative company set up by Soichiro Honda in the 30’s, they used to be part owned by Toyota and at one point supplied piston rings to them.

Over all the years Honda have been rock solid, a conservative company set up by Soichiro Honda in the 30’s, they used to be part owned by Toyota and at one point supplied piston rings to them.

After the 2nd World War they made motorbikes and an engine that you could strap onto a bicycle.

This was the Honda A or the Bata Bata so called because of the noise it made.

Motorbikes were in the blood here because not until 1963 did Honda start producing 4 wheeled vehicles like the S360 and T360.

One a convertible car and the other a pick up truck.

So as you can see Honda have experience in most fields of the Automotive industry.

The CRV is a crossover sized car that has a electronic differential giving it full 4 wheel drive, while most of the competition is only 2 wheel drive. It’s quite a chunky car, it feels bigger on the road than it looks from the outside.

Speaking of looks, Honda have made improvements in this department.

They’ve evened out some of the quirks and rounded off some of the edges; overall the looks are good.

The cabin has seen improvements over the last model too.

There seems to be more space for passengers and lots of cubby holes for all the stuff you use.

While the materials used are good I did miss my leather bound steering wheel from the Civic.

The seats are very comfy after you find the lumbar support button.

I drove around for the first day wondering why the seat back was so hard.

Until, I realised that some had set lumbar support to its firmest setting; the button is on the right side of the seat by the way.

The boot is big, square and boxy which is what you’d expect and need in a car of this class.

The loading area from the back of the car is low enough that you won’t have to put heavy bags of shopping too high in the air to get them in. Strangely for these days, there is a spare wheel.

However, it’s only a skinny one but I’d rather have that than one of those compressors and bottle of gunk.

Bring back spare tyres I say and the sooner the better.

Driving the CRV is stable and safe feeling.

On the motorway it’s a brilliant cruiser.

Quiet and refined, even off road it was a nice place to be. One thing is, for tall people in the drivers seat you’ll find your knee resting against the dash board.

Now this isn’t news to Honda because there’s a special cushion there for just this need.

It’s just a shame they didn’t make a little more leg room instead of fixing it with the little padding.

Still the CRV is a good package.

This segment is a killer.

It’s growing and the competition know it and that means one thing; dog eat dog.

There’s plenty of stiff opposition out there.

Notably the Mazda CX5 but the CR-V will hold it’s own when you start looking at kit, fuel economy and above all, value for money.