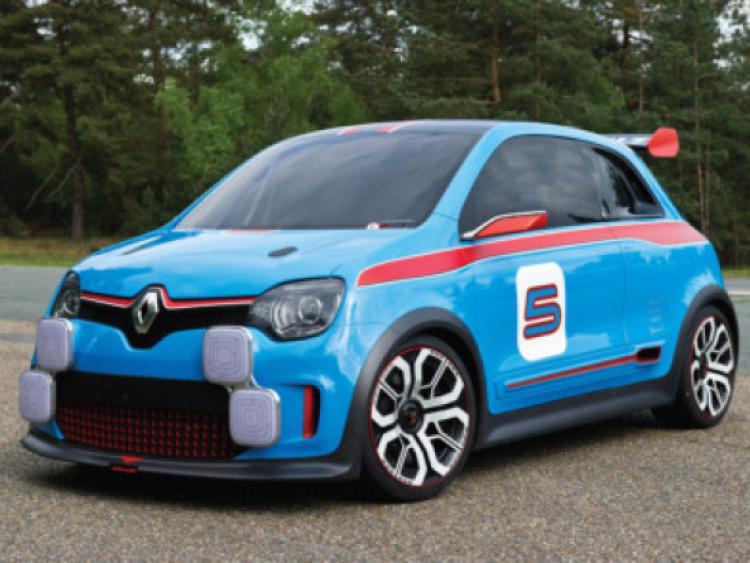 Renault has stunned the industry with a 316bhp V6-engined city car concept.

Renault has stunned the industry with a 316bhp V6-engined city car concept.

The Twin’Run concept, which wears a special one-off glass-polyester composite Twingo-esque bodyshell over a tubular steel racing chassis, is powered by a mid-rear-mounted 3.5-litre V6 taken from a Megane Trophy racing car.

Thanks to a six-speed sequential gearbox, a weight of just 950kg and a phenomenal power-to-weight ratio of 333bhp per tonne, the rear-wheel drive Twin’Run sprints from 0-62mph in 4.5 seconds and is limited to a 155mph top speed.

The Twin’Run doesn’t just have huge power and performance. A limited-slip differential ensures maximum traction when exiting corners, while a 57% rearward weight balance is typical of mid-engined cars and should help guarantee driveability.

Ragnotti was involved in the final tuning of the chassis system of the Twin’Run. He shared his impressions while taking a look back at the R5.

“Following this first drive, I’d say that this is a sound car with a strong pedigree. It’s easy to control. You can feel straight away that it’s a sports car. In terms of balance and ride, it brings the R5 Turbo to mind to some extent,” he says.

Despite vocal approval from fans of the Clio V6, Renault will not build a production version of the Twin’Run. Instead, the company says the concept’s true purpose is to hint at the styling of its replacement for the Twingo.