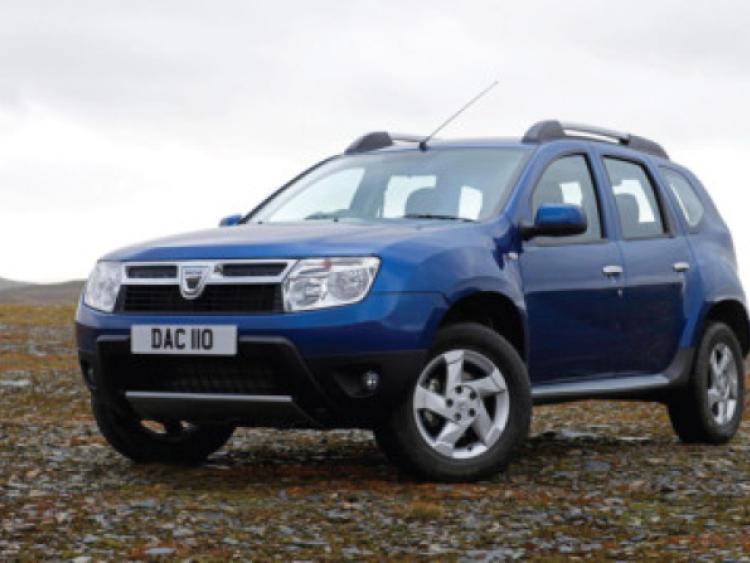 If you’ve had cause to travel around Europe lately, you might have spotted something sporting a different badge on the roads.

If you’ve had cause to travel around Europe lately, you might have spotted something sporting a different badge on the roads.

Low cost motoring is all the rage on the continent. Unlike in the UK, our foreign friends aren’t such hardened badge snobs, meaning cars such as Dacia’s Duster have been welcomed with open arms by cost-conscious motorists.

Simply put, when you can get a compact SUV capable of plugging mud with the best Land Rover can offer for less than the price of a Fiesta, somehow the badge on the bonnet is the least of your worries.

If Dacia is a mystery to you, you’re not alone. Snapped up by Renault some time ago, critics thought the French firm was taking a huge risk with this budget maker of uninspiring cars.

The passing of time has proven the naysayers wrong, as Renault’s input has led to a portfolio of value-driven, dependable, stylish and capable products; from superminis to the aforementioned Duster.

Lifestyle SUVs are two-a-penny these days but few are that cheap anymore. Most are increasingly car-like in their appearance and on-road performance.

The Duster retains a chunky-looking, purposeful exterior of a traditional 4x4 but with enough curves to help it slice through the air with relative ease.

The emphasis might be on modest performance and equipment levels, but there’s nothing cheap about the Duster.

Low power petrol and diesel engines are offered (1.6-litre, 105bhp petrol and 1.5-litre, 110bhp diesel), plus the choice of front or four-wheel drive.

The switchable all-wheel drive system allows a driver to choose between front-drive, an auto-sensing mode and a locked 4x4 setting.

Factor in three trim levels and there’s little else you might want. Well, apart from air-con, a stereo and alloy wheels. Yes, this is how Dacia can price the Duster so low.

If you want these creature comforts, you’re going to have to pick the middle specification for some tunes and the highest spec model if you want manual air conditioning and alloys. Still, even if you opt for the flagship Duster, you’re not even close to high-spec Skoda Yeti money.

Despite the popularity of Skoda’s compact lifestyle SUV, not everyone wants plush upholstery and highly polished cabin trim in a car that’s destined to be a rough-and-tumble family holdall or workhorse utility vehicle. And in this respect, the Duster trumps its well-established rivals.

The car’s interior looks and feels tough thanks to sensible trim and material choices, although it retains an easy-on-the-eye appearance.

Familiar Renault switchgear rounds off the driver-centric side of things, while the Duster’s cabin is a good size and easily capable of accommodating a growing family.

Move rearwards and the car’s boot is equally capacious and the ability to fold the rear seats for extra load capacity is a detail that won’t be lost on active families.

By now only someone spoilt by satnav and climate control could find fault with the Duster. In Dacia’s defence, it’s all about knowing your audience and, so far, the firm has pretty much nailed it.

On the move, there’s a similar feeling of accomplishment. While neither engine is bursting with excess horsepower, brisk progress is possible.

The petrol engine might be a little quieter than the diesel alternative but it’s the latter that scores the highest in terms of flexibility and economy. Those attributes alone should have anyone considering using the Duster as a family workhorse to plump for the oil burner.

In the real world, it steers and stops just as well, and with the age of the high-rise hatchback truly upon us, there’s much to be said for a lofty driving position and speed bump-skimming ground clearance.

By taking a common sense, low frills approach to motoring, Dacia has won many friends and satisfied owners in mainland Europe.

The firm’s Duster is proof that, even in the fashion-led world of lifestyle SUVs, you can succeed if all the elements - looks, ability, affordability, practicality - add up.