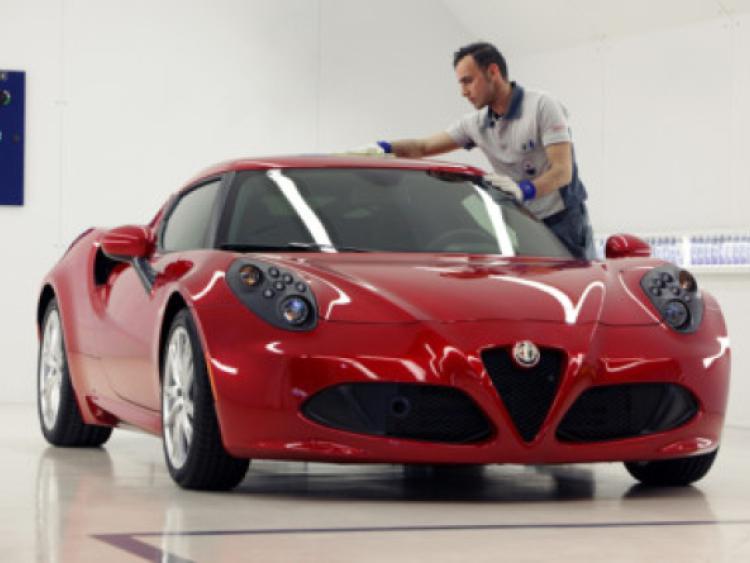 The highly-advanced supermini-sized car will weigh just 895kg dry, while producing 246bhp from a turbocharged four-cylinder petrol engine sited behind the two seats. As a result its power-to-weight ratio is theoretically a very feisty 275bhp per tonne, but that will drop when the car is filled with fluids and petrol. It is still likely to be comparable to, or better than, that of a supercharged Lotus Exige.

Alfa has referred to it as ‘exclusive but achievable’ in the context of using an existing four-cylinder engine instead of developing something else. However, the extensive use of carbon fibre, composites, special lighter production techniques and thinning processes for everything possible, including the glass, mean that the 4C is not likely to cost less than a Porsche Cayman S.

Production will take place in Modena, Italy, where facilities have been put in place to build more than 1,000 4Cs per year if the demand is there. Testing and finishing procedures will be shared with the Maserati production line, to ensure that every 4C leaves the factory prepared to the highest standard.

Not only that, but each 4C that is built will be taken onto public roads for 40km by an experienced test driver, whose job it is to make sure that the chassis and suspension are perfect and that there are no undesirable rattles or shakes.

However, controversy has been ignited with the latest image released ahead of the car’s launch, where its previous headlight design has been replaced with a projector-style alternative that has polarised opinion. Alfa Romeo cannot yet confirm whether the curious additions to a design that had been universally praised will remain a part of the car, or whether it will be returned to its earlier look.