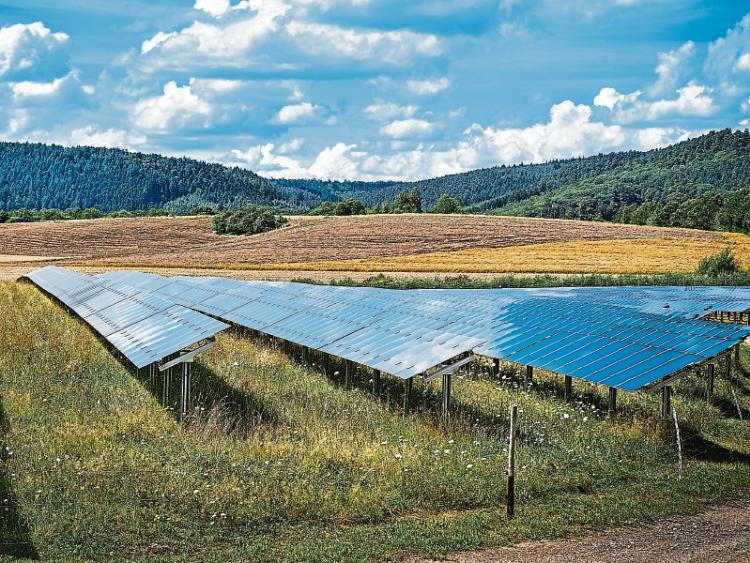 Farmers could power the country with solar panels - Nolan

Independent TD for Offaly, Carol Nolan has called on the Minister for Agriculture, Food and the Marine, Michael Creed, to investigate the possibility of establishing a Feed-in-Tariffs scheme (FIT) similar to that in operation in the United Kingdom.

Deputy Nolan was speaking following her engagement with farmers in Laois-Offaly on the option of applying for applications for solar panel funding under the Targeted Agricultural Modernisation Scheme (TAMS II).

“We know that when the UK government introduced the FIT Scheme in 2010, it led to farmers who installed a small 3kW solar system, earning up to £1,700 a year," Nolan explained.

"The way it worked in the UK is that the Government, through a so-called feed-in-tariffs offer, guaranteed cash back to every farmer on every unit of electricity generated for the national grid; usually over a 25 year period."

"This has the benefit of being not only an environmentally sustainable option but also economically stable one too," Nolan added.

"We know that dairy and poultry farm production is extremely energy intensive and that because of that it adds significantly to the operational costs of the farm."

"Under this Scheme, farmers would be rewarded for generating power for the national grid instead of being unduly burdened by completely unavoidable energy use that is necessary for the farm's survival."

"I am also aware that in the UK there is the option of entering an agreement that allows farmers to purchase back the electricity generated on-site at a pre-agreed rate. As I understand it this was around half of what UK farmers would normally pay their existing energy supplier," Carol explained.

"We need to be creative if our farms are to survive and thrive and that is the key reason why we should at least examine this kind of Scheme as an option."

"If there are flaws in the UK model then at least we have the benefit of learning from their mistakes, thereby allowing us to create a bespoke energy and cash-generating option for our own farmers,” concluded Deputy Nolan.