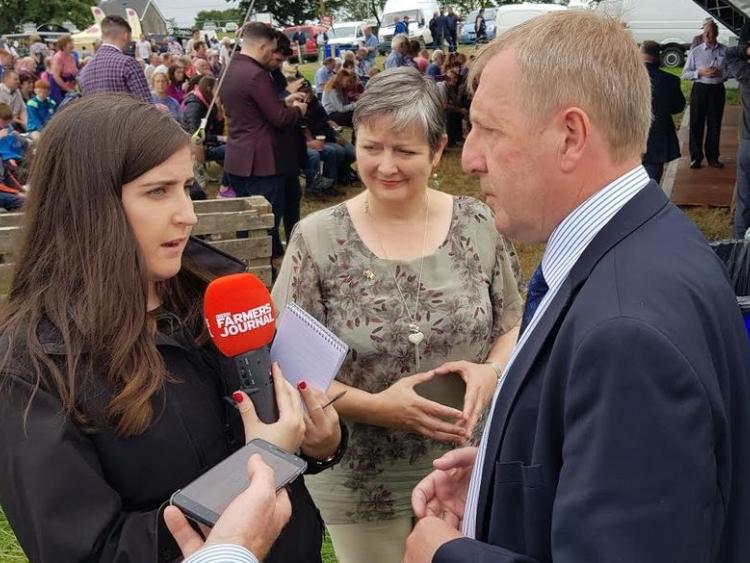 The announcement by the Minister for Agriculture at yesterday's Tullamore Show, that the closed period for the spreading of chemical and organic fertilisers is being extended, is good news for hard pressed local farmers.

That's according to Offaly Fine Gael TD Marcella Corcoran Kennedy who said she was delighted to see that following widespread consultation with his rural based colleagues, that Minister Creed had announced an extension for fertiliser and slurry spreading.

Deputy Corcoran Kennedy added, “this is a very positive step for hard pressed farmers, who are really struggling following the series of extreme weather events experienced this year. The deadline has been extended for chemical fertiliser from the middle of September until the end of September, and the deadline for the application of organic manures from the middle of October to the end of October."

Speaking at the Tullamore Show, Minister Michael Creed said, “I and my Department have been engaged in a series of initiatives and I believe that these measures taken together and targeted at producing as much fodder as possible from our own land provide the most effective response to a fodder shortfall.

“Imports of fodder will have a role to play in the range of options available. My Department will assist in this regard and further details will be announced in due course.

“However, the immediate priority is to maximise fodder production at home and I believe the Fodder Production Incentive Measure for Tillage Farmers and GLAS flexibilities will contribute positively in this regard. I will continue to closely monitor the effectiveness of these measures in the coming weeks in closing the fodder gap," he concluded.