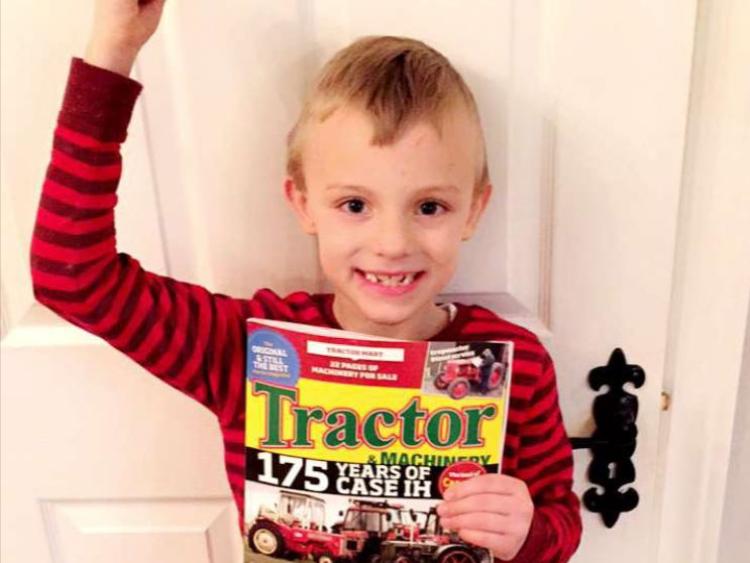 A six-year-old Offaly boy has been celebrating this week after beating off international competition in a farming themed poster competition.

Conor Cummins from Edenderry entered the Junior Drawing Competition with UK magazine, Tractor and Machinery, a number of months ago.

The competition welcomes entries from boys and girls from across Ireland, England, Wales and Scotland.

Conor is a tractor fanatic who would be well at home with the so-called experts at the National Ploughing Championships, such is his knowledge of farm machinery.

He has collected model and toy tractors from a young age and could reel off makes and models from around the world from the age of two.

He drew a picture of one of his favourites, a Ford with a muckspreader on the back for the contest. His younger brother Dan and father Colm, a former chairman of Edenderry GAA, also featured in his winning drawing.

Both his parents have expressed their pride as Conor staved off competition from the UK. He was announced as the winner in the latest edition of Tractor and Machinery, dated for February 2018.

Conor was overcome with excitement as he turned the page and realised he had won. He will collect a brand new farm set, including miniature farm animals and a tractor and trailer as his prize.