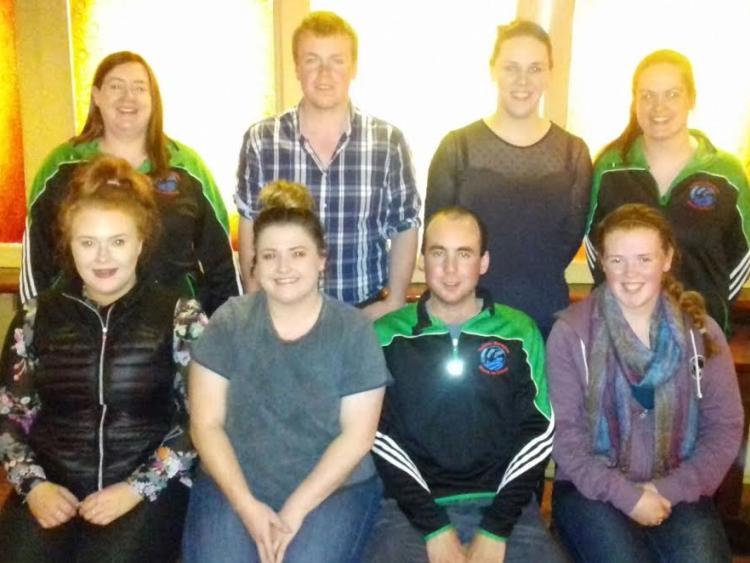 The 73rd AGM of Offaly Macra took place in Dan and Molly’s Pub on June 9, 2017. Steven Kelly, county chairman, welcomed all to the meeting especially newly elected National  President James Healy and newly elected Leinster Vice President Cara O Mahony, he added it was a great honour to have them present. Offaly Macra has four clubs, Ferbane/Banagher, Kilkormac/Killoughey, Rahan and Tullamore, and all clubs were well represented at this year’s AGM. Offaly Macra had a hugely successful year and as noted by the chairman had "many firsts." Last September saw Michael Kenny from the Ferbane/Banagher club win the national young beef farmer of the year. Ferbane/Banagher also had two major wins at the annual conference in October, the highly coveted ‘Know Your AG Quiz’, while on the same weekend, Conor Corcoran won the national sheep stock judging competition. In April of this year Tullamore club member Fergal Leonard was crowned Macra’s Mr Personality 2017. There were many other county rounds such as farm skills, basketball, question time, 7 a side soccer, tag rugby and not to mention Miss Blue Jeans, Miss Macra and Queen of the Land as outlined by the outgoing competitions chairperson Marion Silke. After the minutes of the last AGM composed by the outgoing secretary Niamh McDonald were read and approved, club reports and county officer reports followed as all present anxiously awaited the election of officers. The returning officer of the night was training and development officer Sinead Melaniff while Cara O Mahony oversaw the election. Steven Kelly was returned as county chairman for a second term, and is aided by fellow club member Deirdre O Rourke as secretary. Elected as vice chairperson and assistant secretary were Martina Mealiffe and Deirdre Colgan respectively. Sinead Buckley, an accountant by profession, stood no opposition to be elected as treasurer, but she will no doubt be closely watched  by her assistant Paul Molloy. Bringing you the news and activities of Offaly Macra in the coming months is Niamh McDonald and newly elected to the county committee Laura Keena. The stressful job of organising the county rounds of the various competitions comes under the guidance of competitions chair Emma Leogue aided by competitions secretary Triona Dunne both from the Tullamore club. Sarah Kelly and Laura Keena from Ferbane/Banagher will be organising social, sporting and travel opportunities. One of the main core values of Macra, the young farmer development group, will this year be led by Michael Kenny and Paul Molloy, and they will also act as Macra delegates to Offaly IFA. Offaly IFA chairman John Keena looks forward to working with Offaly Macra and as a past member says that he is delighted that there is a good working relationship between both organisations. Following on from her success in organising Offaly Macra’s first mental health event on Good Friday, Martina Mealiffe, a Rhode woman living in Cork, but a member of Rahan Macra, was re-elected as rural youth officer. The last two officers elected on the night were Development officers Fergal Leonard and Conor Quinn. Molly Boland was elected as Offaly Macra President in recognition of her pervious endeavours with Muintir na Tire and her willingness to facilitate Offaly Macra in her well known establishment, Dan and Molly’s in Ballyboy. Mr Kelly once again thanked everyone for their commitment and willingness to travel to competitions in which he said county members represented the county with great honour, dignity and pride. Here’s to another great year of Offaly Marca.

We recently held our club AGM in Flynn's Bar in Banagher. A great attendance at the AGM saw some new members take up new roles on the committee and best wishes to all members taking up new positions for the coming year. Our next meeting will take place on June 26 in Kelly's of Belmont at 9pm. A few of our members presented "Le Cheile Autistic Unit" in Lumcloon National School with a cheque for €860 from the canal walk we held on Sunday, May 28 in Shannon Harbour. We are delighted to be able to help such a valuable service which is provided in our local area. In addition, our members also recently presented Embrace Farm with a cheque for €500 from the canal walk in Shannon Harbour. The club was also crowned county Macra club of the year recently and will now go forward to represent the county nationally at the next stage of the competition. If you live in the Ferbane/Banagher area and are interested in sport, drama, agriculture, public speaking, debating or just being social, why not get involved and join our Macra club? Contact Sarah Kelly on 086-3575915 for more information. Picture: L-R Back Row: Newly elected committee members for the coming year pictured are Deirdre O' Rourke, Michael Kenny, Angela Ryan and Sarah Jane Egan and Front Row- Laura Keena, Sarah Kelly, Paul Molloy and Philippa Ryan.