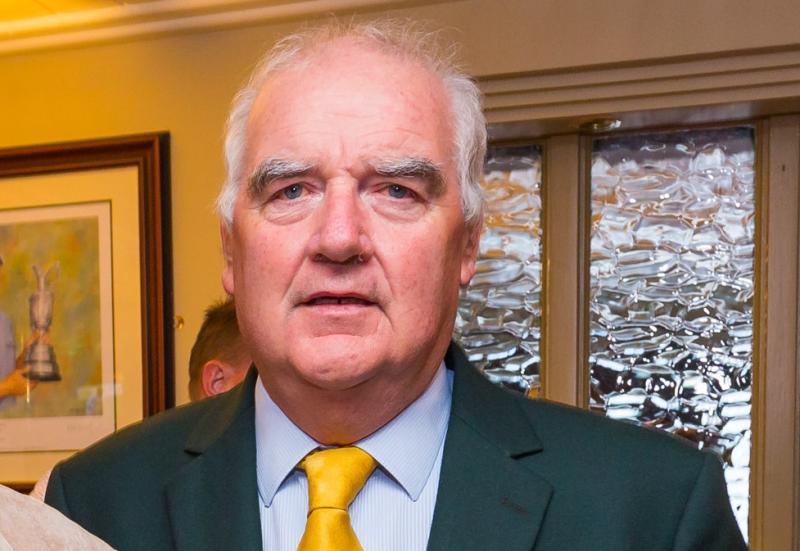 The very sad death has taken place today of one of life's great characters and a passionate Rhode and Offaly GAA official, John Glennon.

Known far and wide as Beezy, John Glennon was one of those rare individuals – a true gentleman, an absolute gem of a man, popular everywhere and you would search long and hard to find anyone with a negative word to say about him.

Just 63 years of age, John's time came way too soon. He had struggled with ill health for several years – he ran into kidney problems some years ago, went through a grueling dialysis regime after that and got a kidney transplant a few years ago. Unfortunately, he didn't have it simple for several years as other health problems disrupted his life while he got Covid in the past couple of weeks.

His death is particularly poignant as it comes just days before Rhode play Tullamore in the Senior Football Championship final, an event he would normally be immersed in.

A long time employee at Rhode Power Station, he served his own club and the Offaly GAA County Board with great distinction. He came from the home of some of Offaly's most loved and revered footballers in Rhode. He didn't have the medals that they had, he didn't achieve the national stardom they encountered yet it is a measure of the man that he was as highly regarded and almost as well known as any of those, especially in Rhode and Offaly.

He served his beloved Rhode GAA Club in a variety of capacities. As a player, he was a tenacious performer, winning an U-21 Football Championship medal with Rhode in 1975, lining out at wing back on the team that beat Kilcormac in the final. He was a member of the Rhode panel that won the Senior Football Championship in 1975 – their last Dowling Cup win until 1998 as they embarked on a long 23 year famine.

He played football for Offaly Vocational Schools teams and interestingly, he played for Clare against Kerry in the 1978 Munster U-21 Football Championship – he worked in Clare at that time in Shannon, playing with the Wolfe Tones club there before coming home to work in Rhode Power Station, playing full back and goals for Rhode seniors – he played senior for Rhode in 1981 but was not on the side beaten by Walsh Island in the 1982 county final.

He was a superb administrator, quickly becoming involved on the club committee. A long time club PRO, he also served as secretary, he did any job he took on to the best of his ability and he was ultra dependable. His weekly notes for the papers always came in like clockwork and they were lengthy missives, outlining all aspects of Rhode GAA life. He was the same when it came to his secretarial work and other duties.

John served as a manager or selector on a number of Rhode teams over the years, especially their juniors.

He served on several committees for the Offaly GAA County Board. He was generally asked on to fundraising ones as he provided such a reliable point of contact for the Rhode club and area. And he made a vast contribution on various fixtures and disciplinary committees as well as the Hearings Committee in more recent times.

He was a genuinely obliging, helpful man. He was a tremendous asset to the Rhode club and to the Offaly GAA County Board – if ever there was a problem or issue between Rhode and the County Board or if the board needed anything in the Rhode area, he was invariably the first contact, and most often, that was all that was needed.

There was a lot more to John Glennon than just the GAA. The games and football was his big passion in life but he was tremendous company. A hugely sociable character, he enjoyed life and lived it to the full. He enjoyed travelling. He was on the Mediterranean cruise to mark the silver jubilee of the Offaly 1982 All-Ireland senior football success in 2007 and he was an almost yearly visitor to New York for a long time.

There he stayed with two of his great friends, Danny and Ann Leavy (both from Rhode and Ann is his niece) in Yonkers and those were always very special trips for him, especially when they co-incided with the Offaly Association in New York dinner dance. He loved New York and he treasured his time with the many Offaly exiles in Yonkers – he greatly enjoyed meeting with them in JP Clarke's on McLean Avenue.

He was great fun to be with, he had an infectious sense of humour, was genuinely easy company and a great conversationalist. He was open, he was knowledgeable about many facets of life, including the GAA, and he loved debates. He was a great story teller and he enjoyed a sing song and blasting out his own favourites on the occasions when they developed.

He was a great loyal, devoted family man and friend. His health problems limited life for him but he still lived the best one he could. Despite getting a lot of hardship, he was an inspiration to many by the way he battled on. He kept in contact with friends and family, he got out to games and to functions as much as he could and he always seemed to exude a positive air. His attitude was that this was the hand he had been dealt and he would play it as best as he good.

Time spent in Beezy's company was always well spent and you always came away from him feeling better. He was that rare type of individual.

Above everything, he was a ferociously proud Rhode man. He was proud of every aspect of life in the “village” and football success made him so happy. Yet he was rarely blind sided by his love for Rhode. He could see the wood from the trees when it came to collective and individual displays and he was never shy about expressing an opinion that might not be popular. He was very honest when it came to discussing Rhode and on a number of occasions that I can remember, he correctly called Rhode defeats in county finals and semi-finals, stating before hand that things were not right and they could be taken – often going against the public flow in the area.

John's contribution to his area and county was considerable and it is a sign of his popularity that his passing is mourned by so many people and in so many parts of the county. May he rest in peace.

Merit in extending Offaly hurling championship format to other grades