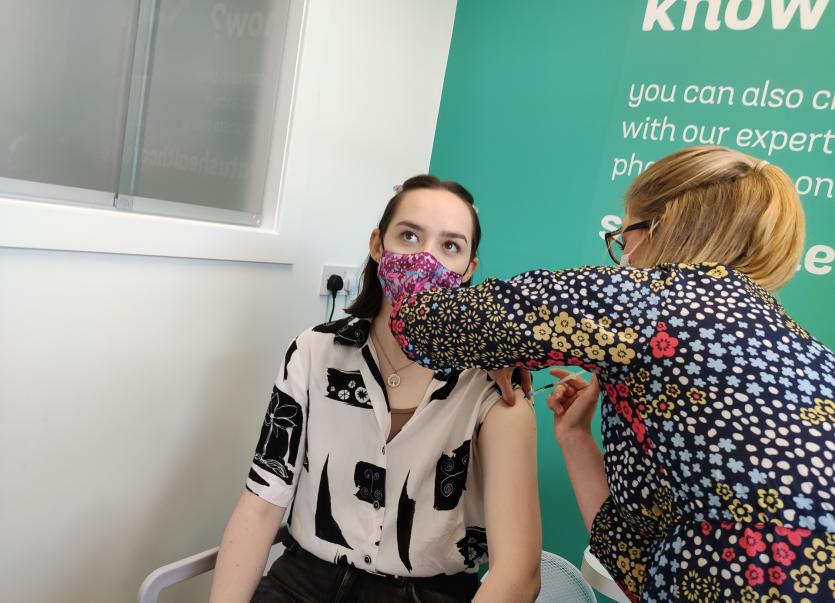 PHARMACIES in Tullamore are being swamped with calls from 18 to 34 year olds anxious to get the Janssen (Johnson & Johnson) one shot Covid vaccine.

The roll out of the vaccine began this morning Monday June 5 and from early pharmacies around Offaly were extremely busy trying to meet the huge demand.

Donall said he is delighted to be part of the response but described it as ''chaotic and not sustainable,'' at the moment. ''We had 4 phones with 4 staff members manning them, ''he said. In the meantime he has to fill out prescriptions and deal with his regular customers.

Currently pharmacists don't have enough supply of vaccines to meet the high demand and are relying on what was left over from those they received for the over 50 cohort. Donall says he has 40 vaccines with 50 more promised. He has welcomed the planned opening of the HSE portal which will be accepting registrations for the 30 to 34 year olds from next Monday July 12. He is now directing callers to that. He says he feels bad about disappointing people but adds that it will take some of the pressure off pharmacies.

At Stratus Healthcare Pharmacy at Church View, Tullamore, Amy Keegan was delighted to be receiving her vaccine.

''I have been waiting to get mine for a long time because I am asthmatic. So as soon as I heard, I was straight away ringing.'' Amy was one of the lucky ones as she got her appointment early.

''I have been talking to a lot of my friends and everyone is gone mad emailing pharmacists and they can't get in. Lots of appointments have been cancelled,'' she said.

From a social point of view Amy said she will feel more relaxed when everyone is vaccinated and added, ''I am pleased we are getting there. It's been a long road to get to this point.''

Pharmacist at Stratus Healthcare, Cait Doheny said the phone has been ringing off the hook since last Friday. ''We have a very long waiting list now, ''she said. ''We had 45 doses already in the fridge that we were given when it was only for the over 50s, so we were able to get going on them and we have been promised another delivery towards the end of this week so we have been taking bookings for next week as well. But after that it's all up in the air. We haven't been given any more information from the HSE as to when we will be getting more and how many. We are just taking names at this stage and we tell them we will get back.''

Stratus pharmacy is getting through about 10 people a day which is the equivalent of two vials. Each Janssen vial contains 5 doses of the vaccine.

Amy Keegan was the last person to get her vaccine last Monday morning. After that Cait was back to her usual duties as a pharmacist.

Meanwhile, vaccinations are continuing at the Court Hotel, in Tullamore with many over 60s receiving their second dose of AstraZeneca this week. The centre which opened on May 3 has so far administered vaccines to 30,786. A total of 11,218 were given in May, 18,076 in June and up to July 2, 1,492 had been administered.

REVEALED: What is the current Covid-19 rate in your area in Offaly?