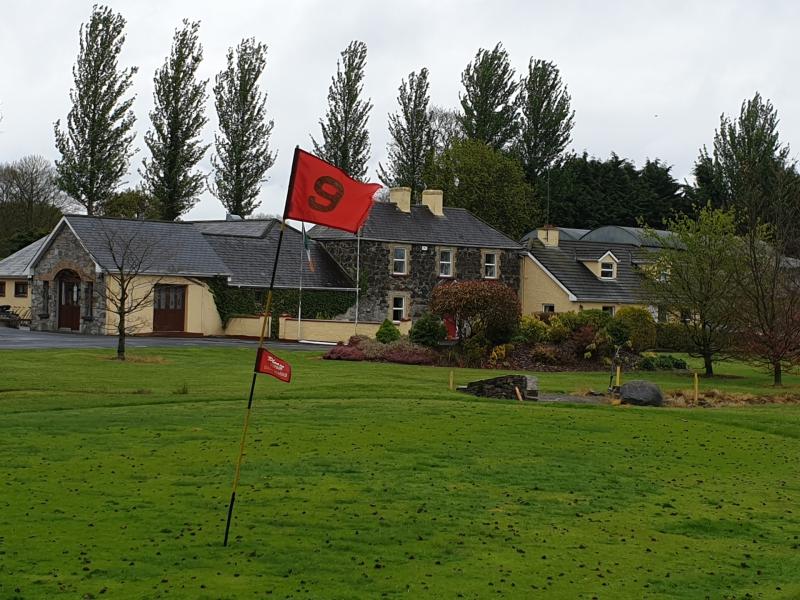 THE demise of Castle Barna Golf Club shows the potential pitfalls that awaits members of private owned clubs. While members owned clubs are far from bullet proof when it comes to survival in times of great economic turbulence, private ones are far more vulnerable to external influences.

Take Castle Barna Golf Club as an example. Opened in 1992 on farmland belonging to the Mangan family, the Daingean based club proved to be extremely popular. It attracted considerable membership from throughout Offaly, the midland counties and indeed several Dubliners who were attracted by its value for money membership fees and its gentle terrain.

Castle Barna was what golfers would term a “reasonable track” - it was not at the high end of the golfing scale but it filled a very important niche in the Offaly golfing market. It was a decent test of golf and there was something quietly attractive about its gentle landscape, its maturing trees, its lake and water features and its location along the bank of the Grand Canal. It would not have attracted the numbers of foreign visitors and groups of serious golfers that clubs such as Tullamore and Esker Hills (along with the Heritage in Killenard, New Forest near Tyrrellspass and many more) gathered but it was very popular among pub societies and the higher handicap more casual golfer.

As a private owned club, they offered membership deals and rates for green fees and societies that many members ones found hard to match. They could deal on a case by case basis and the quality of their course and service was reflected by the number of societies and groups that visited them annually. They developed an impressive club house with changing rooms and they had excellent dining facilities. They provided the complete package for golfers and their loss will be painfully felt, particularly by its members – many of whom have been there since the 1992 opening.

Castle Barna followed the model of most private owned clubs. The owners collected the membership fees, albeit with the Golfing Unions affiliation coming out of that, took the revenue from societies, green fees and the dining and bar facilities but they looked after course maintenance, paying staff etc – their yearly overheads, including insurance costs, would have been substantial and even in good times, certainty was in short supply when it came to making money.

Earlier this year as the Castle Barna Golf Clubs held their Annual General Meetings, installed their new captains and outlined their plans for the year, including helping out with some upgrades of the course, there was absolutely nothing to suggest that they were in their last year – and that their beloved course would be returned to farmland before the midpoint of 2020 was reached.

The announcement by Kieran and Evelyn Mangan that they were retiring came as a bolt from the blue to members, though there had been rumours on the closely knit golfing grapevine – they were offered the opportunity to lease the course and intensive negotiations took place over a few weeks as they tried to take it on. Ultimately, however, it was always likely to be a long shot that Castle Barna would survive once the Mangan’s made the perfectly reasonable decision that they wanted to move into a different phase of their lives.

Fate did not deal them a kind hand. Coronavirus restrictions came into play as the negotiations were ongoing, resulting in golf being shut down. The ramifications for golf were more severe than many other sports. While other sports were dismayed at being shut down, albeit accepting it completely as being necessary for the greater good of society, the financial hardship would not have been as severe for many of them. While they had little revenue coming in and many had to cancel major fundraisers, their expenditure was greatly reduced. GAA teams were not paying managers any fees, mileage expenses and dining and training costs were gone for counties and clubs, and their facilities did not require much upkeep apart from regular grass cutting.

Golf courses, however, still had to be maintained to the same high standard and while there have been cutbacks with staff – reduced hours and people placed on temporary leave - clubs still had to spend considerable money while having zero income coming in.

2020 will be the most testing year of all for clubs. The end of the Celtic Tiger and ensuing recession in the late 2000s changed life dramatically for golf in the country. Many clubs haemorrhaged members in those years, with some clubs losing up to hundreds. Societies and green fees fell way back, the roof fell out of the golfing tourism market – both with visitors to Ireland and even more so, the many annual golf holidays abroad that were such a feature of life in those extraordinary years.

The days of golf clubs charging extortionate entry fees before their yearly membership fees came to a shuddering end and that was no harm at all. Tullamore had a €4,000 entry fee in those days and that would have been mild compared to the charges levied by bigger clubs in other parts of the countries. Recently developed private courses charged huge fees. The then embryonic New Forest, developed in conjunction with Moyvalley Golf and Hotel near Enfield, charged well over €10,000 in those years. New Forest and Moyvalley found themselves in big trouble once the recession hit but New Forest has worked hard at developing a strong trade since it was purchased by Cunningham Properties in 2013 and subsequently rebranded as New Forest Estate. In 2014, NAMA reached agreement with a consortium of Irish and international investors to sell Moyvalley for a fee reported to be around €5 million, a fraction of the cost it was built for in 2006. The hotel and Darren Clarke designed golf course are still going, though both are obviously shut down at the moment.

In the cases of some of those big glamorous privately owned clubs, people bought the membership package as an investment, believing that it would increase in value and they could sell it on later for a profit but it proved to be money down the drain as survival became the name of the game once the boom ended. Entry fees were not only abandoned but attractive enticements and deals to join became the norm.

The Celtic Tiger years was a crazy time and we can still see the effect of those years with half built or closed down hotels dotting various towns and rural areas in Ireland – some of them in locations that simply could not attract and hold a strong tourism trade.

Ironically, Castle Barna not only survived the crash but did so very well. As many other private owned clubs went bust, into receivership or into NAMA, Castle Barna continued to sail on what seemed fairly calm waters and they looked set to be around for the long haul

All of that, however, changed with the decision of the Mangan’s to retire. With such uncertainty facing sport in general at the moment as people adapt to these very strange times, it was not a good time for the members to be taking on the lease of a course. The size of the lease fee was also a major stumbling block for members as they tried to get a handle on what their yearly costs would be, their likely income and all that is entailed with running a golf club. They invited officers from Millicent Golf Club near Clane to address them about what is involved – the members had taken over Millicent from the Killian family in 2017 but their situation was a different one from Castle Barna as the closure of another nearby course saw an avalanche of new members.

There was no evidence to suggest that any similar windfall was imminent for Castle Barma, and negotiations broke down between the Mangan’s and members some weeks ago, resulting in the course being shut permanently and the land returned to farming use.

Some members are quite angry at the train of events, the length of time they had to negotiate and the proposed lease fee but in fairness to the Mangan’s, Castle Barna is situated on over a hundred acres of prime agricultural land and would be quite valuable for that use.

It is sad to see the club go as it had been a pivotal part in the lives of many people for several years. The demise of Castle Barna also opens up a window of opportunity for other clubs in the broader Offaly, Westmeath and Laois areas. There will be over 200 people, between women, men and juveniles, still anxious to play golf and getting them on board would be a very welcome break in such a testing year as this.

See this week's editions of the Tullamore Tribune and Midland Tribune for a report about how other clubs in the midlands are coping with the coronavirus shutdown.