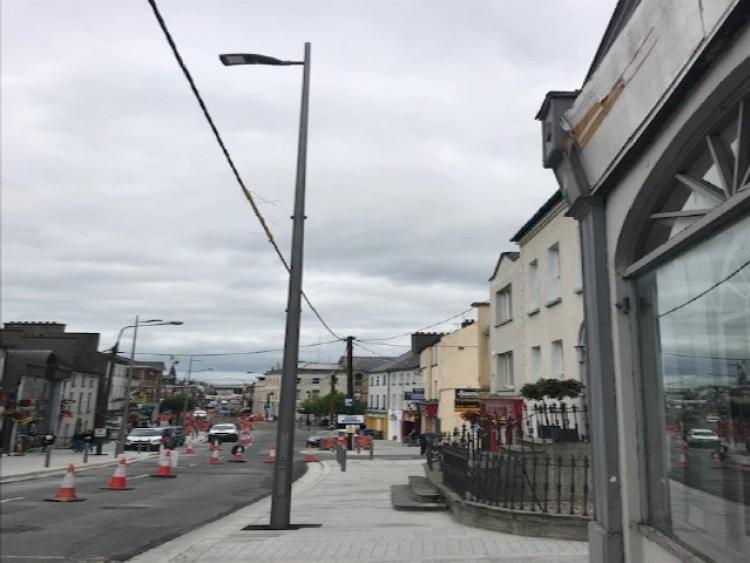 Offaly County Council has said there is "no legal provision" whereby it can give Tullamore businesses a rebate in rates to compensate for the ongoing streetscape works on various streets and O'Connor Square.

Speaking at the budget meeting of OCC on Monday, November 19, Director of Finance, Thomas Mawe, said: "There is no legal provision for a reduction but for years we have engaged with businesses on deferred rate payment arrangements. That could be provided now, as in other years, to affected businesses," he said.

Such an arrangement would be made on a case-by-case basis with individual businesses.

During Monday's budget meeting, Cllr Ken Smollen had repeatedly asked if any rates reduction would be offered to the businesses in Tullamore in light of the year-long roadworks programme and its impact on trade.

"Some provision should be made for the businesses in Tullamore. Many are on their knees and may not survive until Christmas. We have to get our priorities right," he said.

He said public representatives are being "blackmailed" into adopting increases to the Local Property Tax in order to generate finances. He was referring to a 15% increase adopted by the council earlier this year having received the support of the Fine Fail and Fine Gael groupings in the chamber.

The council insisted the increase enabled them to increase budget spending in a number of areas, including roads, community CCTV, match funding, library services and a new shop front grant.

They also committed to retain the current commercial rates for 2020 with no increase imposed.