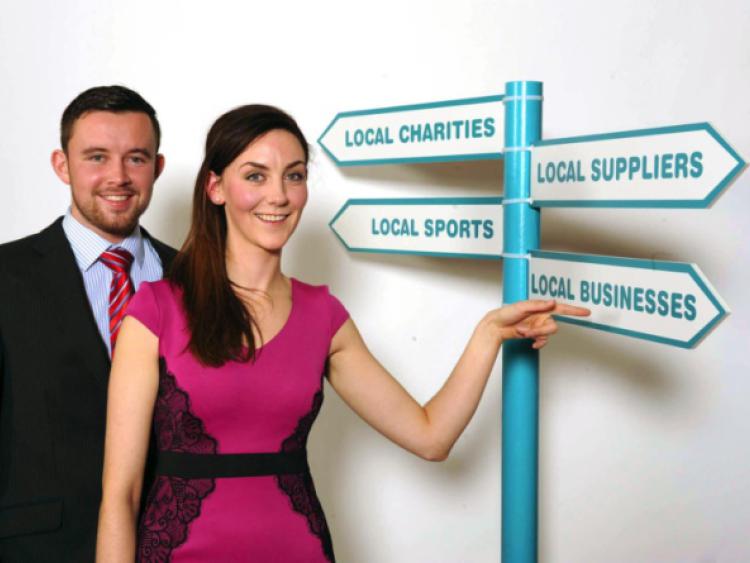 Centra spent €4.9 million in local communities around its ten stores across County Offaly in 2013.

Centra spent €4.9 million in local communities around its ten stores across County Offaly in 2013.

Centra’s ‘Community Impact Study’ shows this contribution is made through a combination of payments to local suppliers, acquisition of local business services, wages, charitable donations and local sponsorships.

The study reveals that Centra stores in Offaly sourced €1.3 million worth of products from local suppliers and contributes over €59,950 in donations or sponsorship commitments to over 171 local charities, community groups, schools and sports clubs. As well as supporting local suppliers, stores also spent €306,000 with businesses in Offaly communities where its stores are located in 2013.

Also revealed by the study, Centra is one of the country’s leading employers with 11,280 people employed across its network of stores. In Offaly, Centra employ 225 staff, 48% of which are full time staff. Centra plans to expand its network of stores and to create and sustain approximately 300 additional jobs across the country by the end of the year.

Scally’s Centra in Tullamore, owned by Ben Scally, is just one of the 10 stores to contribute substantially to the local community.

Speaking about his store’s contribution, Ben commented, “We have been in Tullamore for 30 years and we’re extremely grateful to all our loyal customers. Our customers are central to everything we do and it is important to us that we show our appreciation to them. Without the support of our customers we would not be capable of making the donations to charities and community groups that we currently do. Last year we were able to donate €11,000 to charities here in the community and we have our customers to thank for that.”

Centra Managing Director Martin Kelleher commented, “Our study shows Centra is spending almost a quarter of a billion euros in communities all over Ireland, that’s over €524,000 per store. We now have solid data demonstrating the significant economic importance and impact of our stores up and down the country.

He continued. “unlike some other retailers whose profits leave Ireland, our customers’ hard-earned euros are going back in to the community, like Scally’s Centra in Tullamore. We value their business and try in every way possible to share our success with them. For the last 35 years, support of communities has and will continue to be, at the very heart of what makes Centra a successful business. We have ambitious growth plans and if performance continues as we expect, €1 billion will have been invested back into communities between 2013 and 2016.”

Welcoming the announcement, Minister for Jobs, Enterprise and Innovation Richard Bruton, TD, said, “This weeks announcement by Centra that it is creating and sustaining approximately 300 jobs in stores across the country is a further signal of growing confidence in the recovery of consumer demand. These jobs, and the millions spent on locally produced goods and services, has a significant knock-on economic benefit for communities, towns and villages across the country, and is the latest in a series of signs that domestic demand is starting to recover and economic growth is beginning to impact on every county. This is hugely important because a central part of our Action Plan for Jobs is to ensure that all of the country can benefit from the jobs growth that is happening and it is encouraging that in 2013 every region saw jobs growth. Crucial in this continuing recovery however is consumer demand, which is why Centra’s commitment to further investment and jobs around the country is welcome.”

Earlier this year Centra announced a 3.5% boost in sales in 2013 to almost €1.5 billion1. Over €1 billion of goods sold last year were sourced in Ireland, including €130 million of fresh Irish food. As a result of this recent performance, Centra project €1 billion will have been invested in local communities in the four year period to 2016.