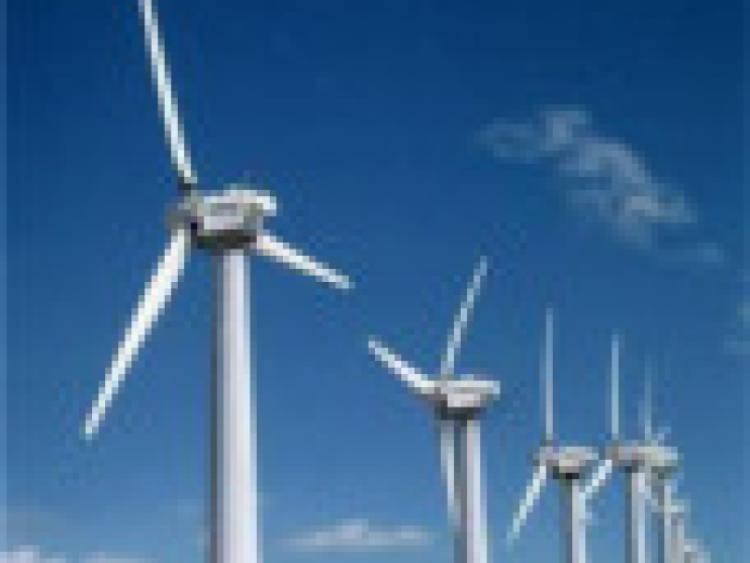 Three of the companies hoping to install hundreds of 185metre turbines in the midlands, set out their stalls to the business community last Friday morning in Tullamore, between them promising thousands of jobs and billions of euros to the Irish economy.

Three of the companies hoping to install hundreds of 185metre turbines in the midlands, set out their stalls to the business community last Friday morning in Tullamore, between them promising thousands of jobs and billions of euros to the Irish economy.

Gabriel D’Arcy, CEO of Bord na Móna said they own 200,000 acres of drained, mostly cutaway bog that is isolated but reasonably accessible, ideal for windfarms, with several already built and more under construction, serving the Irish grid.

He estimates up to 3,000 construction jobs during construction, another 1,000 linking it to the UK interconnector, and more than 100 long term jobs.

“The market exists, we have wind and land capacity, government support, and we are trusted and owned by the people of Ireland,” he said.

“The date of the bilateral agreement is March next year, but now we have to take steps to explore and see, if not there would be no project there for us, because we would miss the 2020 targets. The density is no different than what is already there in Cork, Kerry, Limerick and Clare,” he said.

“Our steps are to finalise designs, hold information sessions, work with the policy makers on the export policy, plan a grid network, order DC cables by October 2015, turbines by March 2016, begin construction by December 2016 and launch first generation turbines by October 2017,” he said.

Mainstream said the first phase of their ‘Energy Bridge’ project, 2 clusters of turbines outputting 1,200 mw would bring 800 jobs, but the potential lay for many more. They have signed an agreement to supply 5,000 mw to the Uk grid.

“It’s up to us to create conditions for as many jobs as we can. Ireland needs investment and jobs, the UK needs renewable energy. This country is a lot windier than Germany, who have 20 gw of wind turbines. If Intel announced investment bringing €20 billion they would get great attention, this has the same potential,” their rep said.

Asked by an audience member if “the place will be littered”, he said “There is enough for everybody in this. We are all here to make this happen,”

Tim Cowhig added that with less than 25 per cent of land available, “rest assured there will not be turbines at every crossroad.”