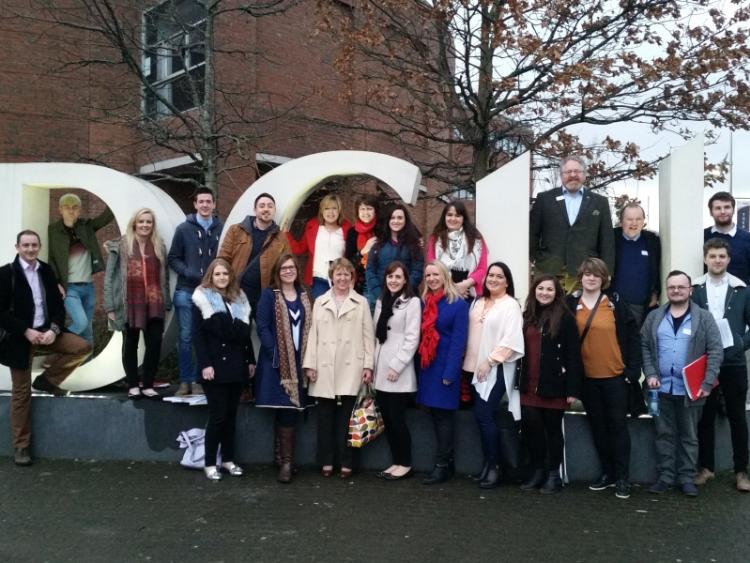 Glór an Phobal – A Nations Voice will be one of the highlights of the 1916 commemorations and local choir Tullamore Academy Chamber Choir has been chosen to represent the midlands.

On Easter Sunday 2016, in Collins Barracks, Dublin, Tullamore Academy Chamber Choir will be among the one thousand voices from all over Ireland presenting a major new orchestral and choral work composed by Shaun Davey and Paul Muldoon. Under conductor David Brophy and joined by the RTÉ National Symphony Orchestra this free concert will be without a doubt a highlight of the 1916 commemorations.

On Saturday, January 23 the choir had its first group rehearsal in the Helix, DCU with all the other voices. It is a 'magnificent honour' for the choir to be part of such a momentous occasion and it was certainly felt during a very productive rehearsal. Not only will the choir perform a new choral work, but the singers will also perform the Hallelujah Chorus. This should certainly raise the roof with 1,000 people singing it together.

This is a free concert and those wishing to attend can apply for tickets on the Arts Council Ireland website – www.artscouncil.ie. The tickets will be then issued on a lottery basis. However, if you are not lucky enough to be in Collins Barracks on the day, the entire commemoration will be broadcast live on RTÉ.

The choir is having a tremendous few months, after the successful launch of its first CD and having welcomed in some new members, the choir is going from strength to strength. For more information about up-coming events and where you can catch the choir performing check out Facebook or www.theacademyofmusic.ie.