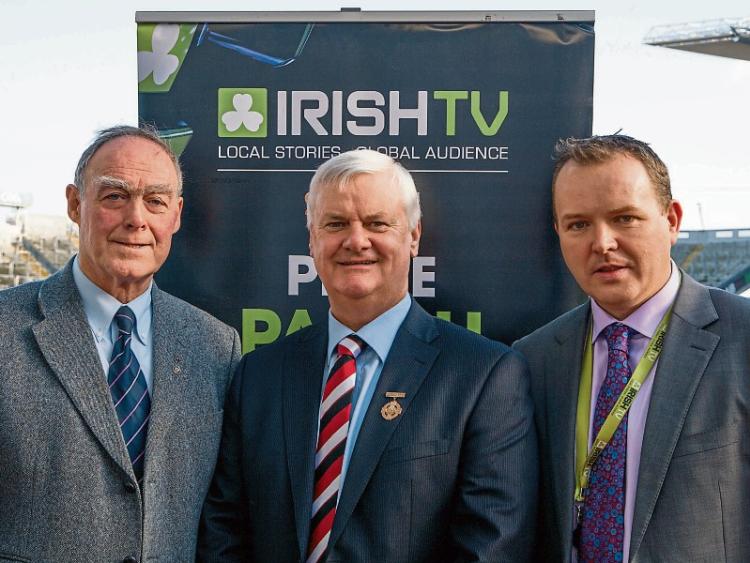 Three special half hour TV programmes from the GAA All-Ireland Scór na nÓg Finals from the Killarney INEC in Kerry will be broadcast on TV this year with the GAA and IRISH TV partnering for the second year in a row to showcase the cultural highlights from the GAA club calendar to a global audience.

Three special half hour TV programmes from the GAA All-Ireland Scór na nÓg Finals from the Killarney INEC in Kerry will be broadcast on TV this year with the GAA and IRISH TV partnering for the second year in a row to showcase the cultural highlights from the GAA club calendar to a global audience.

In a series of three special documentaries over the coming weeks the IRISH TV cameras will capture the essence and magic of this important GAA cultural celebration which sees GAA club members from across the country compete in an array of cultural disciplines from traditional music, song and dance.

Speaking at the launch of the TV coverage on IRISH TV at Croke Park this week Uachtaráin CLG Aogán Ó Feargháil said he was delighted that the Scór na nÓg and Senior Scór Finals would be getting such prominence on IRISH TV.

“Cultural promotion is at the heart of what we do in the GAA and Scór is a wonderful competition that shines a spotlight on the passion and enthusiasm that exists for our rich Irish heritage within the Association. I am also delighted that IRISH TV are our broadcast partners again this year, because like the GAA they are in every county and they have a real understanding of club and community life in Ireland and overseas,” commented Ó Feargháil at the launch.

Scór was founded by Cork native Derry Gowen in 1969 to nurture and promote all aspects of Irish heritage, the Irish language, traditional music, song and dance under the Cumann Lúthchleas Gael banner. Scór offers GAA members and clubs a social outlet to participate in a range of stage activities with the national finals each year showcasing the core values of the GAA at its very best.

IRISH TV CEO Pierce O’Reilly said he was delighted to be working with the GAA and Coiste Náisiúnta Scór. “Our chore aim at IRISH TV is to cover the stories of ordinary people that are doing extraordinary things in their clubs and in their communities and the GAA and Scór epitomises this ethos. The Scór competitions are an intricate part of club and community life in Ireland and the national finals are a wonderful showcase of our heritage, culture and history,” added O’Reilly.

Speaking at the launch of the IRISH TV coverage, Antóin McGabhann, Cathaoirleach Coiste Náisiúnta Scór said the Scór competitions have provided a very important social and cultural dimension to the GAA since its foundation. “The GAA is about so much more than just competitive matches on a football field. IRISH TV has its finger on the pulse of community and club life in Ireland and we are thrilled to get this coverage. These programmes will showcase a very important aspect of the GAA that rarely gets any media attention.

The first programme of three in the Scór na nÓg series will air on IRISH TV on SKY 191, Freesat 400, all free to air boxes, Eircom’s eVision 191 and online at www.irishtv.ie on Sunday February 28th at 8.30pm.