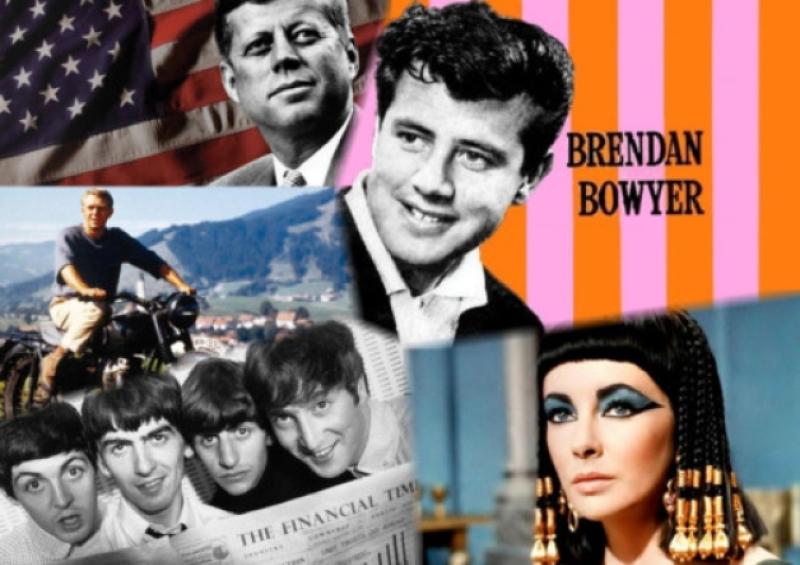 Offaly County Council Arts Office is seeking submissions from artists and the public for an online/offline exhibition based on this year’s Offaly Bealtaine Festival theme, ‘1963’.

Offaly County Council Arts Office is seeking submissions from artists and the public for an online/offline exhibition based on this year’s Offaly Bealtaine Festival theme, ‘1963’.

The exhibition, curated by Rowena Keaveney, will take place online through a designated website and in Arás an Chontae, Tullamore from May 20th – June 14th 2013. There will also be an ‘E’ magazine to accompany the exhibition.

Rowena is looking for both original artworks by professional artists, and period objects from the public. Anything ‘1963’ will be considered including; record players, coffee sets, clocks, lamps, chairs, televisions, radios, movie/music posters, fabric swatches, dresses, suits, hats or shoes. Also of interest would be home movies or photographs showing towns, villages, homes and people as they were in 1963.

On ‘1963’ Rowena states “Through the development of new cause based protest movements and diverse cultural experimentation this period was pivotal to societal change and the hard fought development of equality across race, gender, sexuality and ethnicity. Selected works will address the cultural and political vibrancy of the time and ask if those fundamental structural changes in society still have resonance today?”

1963 was the year of the big freeze with Ireland and Western Europe experiencing its coldest start to the year since records began. It was the year when Sean Lemass was Taoiseach and Eamon Devalera was President JFK visited his ancestral home in New Ross and the Clancy brothers took America by storm and everyone wanted a hula hoop.

Internationally U.S President, J.F.Kennedy was assassinated, the British Government was being rocked by the ‘Profumo’ scandal and Martin Luther King delivered his landmark, ‘I Have a Dream’ speech in Washington D.C.

The exhibition call for ‘1963’, is open to artists working in all media and the public alike but please note everyone submitting is responsible for their own transportation costs. Notification of selection will be by email or phone.

All works should be delivered with completed application form where applicable to Arás an Chontae, Charelville Road, Tullamore, Co.Offaly on Wednesday 8th May between 10am and 3pm. Where this is not possible email submissions will be accepted to bealtaine1963@gmail.com . For further information and application forms please contact Arts Office Offaly County Council 05793 57400.

Our curator Rowena is originally from England and has been living in Ireland since 1999. She currently lives in Birr with her partner and their three children. Rowena has previously had fourteen solo exhibitions and has received bursaries from The Arts Council, The Arts and Disability Ireland Awards, Create, Offaly County Council, the Community Foundation for Ireland and The Ireland Funds. Her work is in public and private collections including, Laois County Council, Offaly County Council, H.S.E and the O.P.W.