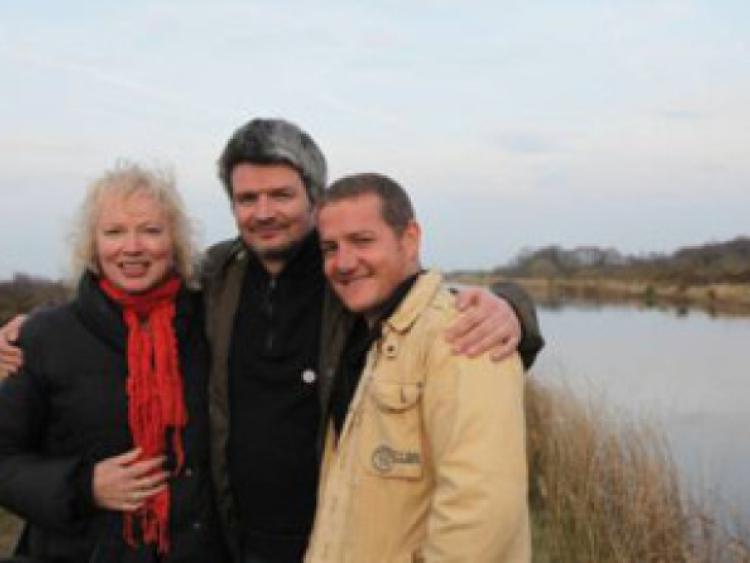 Work from the exhibition has already been making waves throughout the country, with Wayne Brennan’s Roots of These Lands winning the RTÉ Breakthrough Bursary, the Sean McCarthy Ballad Contest in Listowel and the and reaching #2 in the download charts 5 days after its release in August 2012.

The film A Grand Experience, which was shown on RTÉ in October 2012, reached viewing figures of 565,000. This film documentary follows three artists - writer, Eugene O’Brien, photographer, Veronica Nicholson and musician, Wayne Brennan (pictured) over five days on the barge 68M as it wound its way from Shannon Harbour to Edenderry.

Offaly Country Arts Officer, Sinead O’Reilly said: “Our hope with this touring exhibition is to reach and showcase it to as many people as possible and to highlight the Grand Canal in Offaly for its multiple cultural values. So far it has been the opening exhibition of the Tall Ships festival in Dublin, was received really well in the Luan Gallery in Athlone and in Waterways Ireland Headquarters in Enniskillen. We are delighted to work with the artists and Public Access Arts to bring the work to Edenderry, which is featured in the film, it’s where Eugene is from and where some schools got involved in the making of the sound stories.”

A Very Grand Canal in Edenderry is more than an exhibition as it includes an evening with Eugene O’Brien and Wayne Brennan in Larkin’s on Friday October 4, Screenings of A Grand Experience in Public Access Arts take place every Tuesday, which includes a meet the director Garret Daly on October 22 and meet the historian James Scully on October 15.

There will be an artists’ talks by Veronica Nicholson on October 10th and Geraldine O’Reilly on October 17.

All events are Free apart from Larkin’s which has a nominal ticket price of €5 on the door.