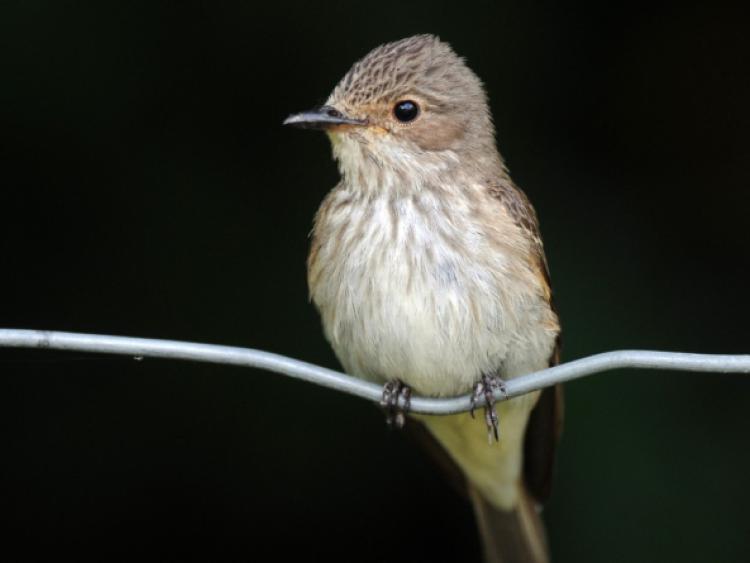 Summer starts in June and we have been so far graced with some decent weather (between down pours), the first silage is cut and saved whilst the clever among us have their turf already footed on the bog.

Summer starts in June and we have been so far graced with some decent weather (between down pours), the first silage is cut and saved whilst the clever among us have their turf already footed on the bog.

Wildlife now enters its next phase in the annual cycle; nests will be filled with hungry chicks, burrows full of young rabbits and vegetation laden with the eggs and larvae of all sorts of insects from butterflies to beetles.

It’s all about surviving to adulthood for new fledglings, young mammals and newly emerged insect larvae. It’s the riskiest time in a young mammal’s life, for example only one in five leverets (young hare) survive past their first year.

Birds will become more bold and noticeable as they busily forage for food and tend nestlings, if you stop and watch for any period of time you will witness garden birds coming and going with beaks full of insects. Young birds eat mostly insects before fledging this has the highest fat content and are hugely abundant at this time of year. Even species that are traditionally seed eaters in adulthood are fed insect life as youngsters. Watch out in your garden for a small grey speckled bird using a perch to stalk insects, grabbing them then returning to the same perch repeatedly, if you’re seeing this behaviour you may well have a Spotted Flycatcher (pictured) nesting nearby. Spotted Flycatchers are late spring arrivals from sub Saharan Africa, they are widespread throughout Ireland between May and September but are considered vulnerable due to their changing fortunes across Europe.

Now is the time when dragonflies and damselflies emerge from their predatory aquatic larvae form to become winged adults (metamorphosis). You will find a number of species “on the wing” anywhere where there is water, your local bog, large drains or ponds are great places to spot them. Abbeyleix and Clara Bogs are both excellent sites to watch for dragonflies and damselflies. The first phase of boardwalk at Abbeyleix Bog has also now been completed and is well worth the visit. It gives fantastic access to the bog’s interior where a world of wildlife awaits.

Plant life is in huge abundance and our spring woodland plants are replaced by lots of familiar grassland species such as Ox-Eye Daisy, which looks just like a huge daisy, with its large yellow stamen and white petals. Elderflower is a large deciduous shrub and its first blooms can be found now by smell or by sight. On close inspection you will see that the flower heads are made of hundreds of tiny ivory white flowers. Elderflower makes fantastic cordial, wine or champaign if you fancy giving it a go. Recipes are easily found online.

So there’s all sorts to keep an eye out for, watch for “cuckoos spit” on plants which is a protective fluid of many species of froghopper beetles, look closely and you will see the tiny green beetles inside. Watch young mammals on field edges, buzzards hunting over freshly mown silage fields and hunt for Marsh Fritillary butterflies, they are becoming more scarce but can still be found in good numbers in pockets of Laois and Offaly.

For info go to: www.offaly.ie/Heritage

Ricky Whelan is from Mountmellick, he graduated in 2008 with a zoology degree from NUI Galway. He has since spent a number of years working for the RSPB in wildlife conservation and reserves in the UK. Ricky now works for BirdWatch Ireland and is the chairman of the Laois/Offaly Irish Wildlife Trust Branch.