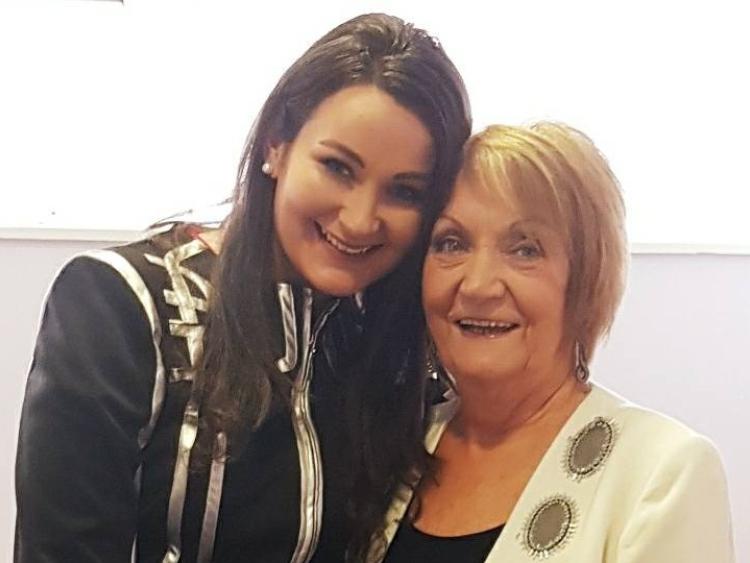 Country music fans are used to seeing the legendary Philomena Begley and the Offaly's own Olivia Douglas up on stage in the spotlight, and behind the mic, but those fans are in for a special treat on November 28 when both ladies take to the catwalk to support the annual fashion fund-raising extravaganza, THE SHOW.

THE SHOW, organised by Anthony and Kara Kearns of Guy Clothing and KODE, will take place in the Bridge House Hotel, Tullamore, and in keeping with tradition, all proceeds will go to two local charities, Offaly Down Syndrome and Tullamore Oncology Unit.

Also in keeping with tradition, the event will feature a line-up of stars and celebrities, including one of the greatest entertainers in Irish country music, Mike Denver, actress Jenny Dixon, and world-class Tullamore boxer, Grainne Walsh, as well as Philomena and Olivia.

It won't be Olivia’s first time on the catwalk, as the ‘Leaving Tipperary’ singer explained: “I was delighted and honoured when Kara asked me to be a part of THE SHOW a couple of years ago as well. So yeah, I suppose you could say I have some sort of experience of being on the catwalk, but I think last time I might have turned it into a cat-run more than a catwalk, I was so nervous."

"It’s one thing standing up there singing, but modelling is a different story. I’ll try and slow it down to a walk this year, but in all seriousness”, continued Olivia, “ it’s such a pleasure to be involved in THE SHOW again, because the effort and time that Kara, Anthony, and all of their team put into making it happen each year is immense, and the good it does for two worthwhile causes every year is fantastic."

"This year, it’s Offaly Down Syndrome and Tullamore Oncology Unit. So any nerves I might have are easily overcome when you realise that you can play a small part in doing so much good by being a part of the night, ya know.”

And as we mentioned, Olivia will be in good company on the catwalk this year! “Sure look, it says so much about all the good THE SHOW can do, that so many people are willing to come along and add to the night in whatever ways they can. Jenny Dixon who everyone will know from Fair City is going to be there, Aidan O’ Mahony is back again, Brent Pope will be coming along, too, and, of course, I’ll be in the company of two people I know well from the country scene, in Mike Denver and Philomena. One thing you can be sure of with Philomena around is that backstage will be full of laughter all night!”

THE SHOW takes place on November 28, in the Bridge House Hotel. Tickets are ON SALE NOW, and available from Guy Clothing, KODE, and hotel reception.